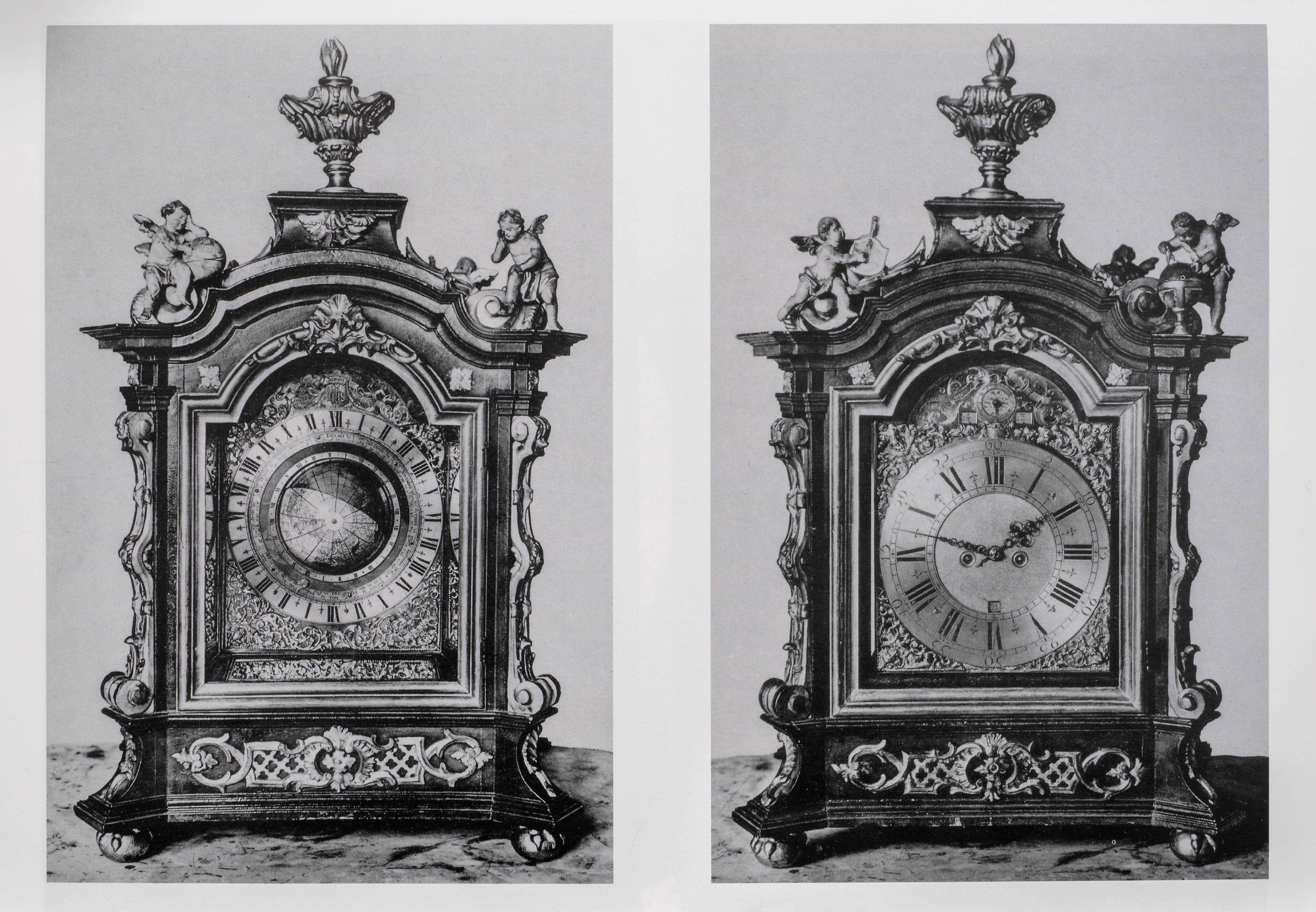 displaying the length of day and night on a wristwatch

the length of the day – and accordingly the length of the night – depends on the horizon of the place over which the sun follows its path in the sky. accordingly, a display showing sunrise and sunset on a watch always refers to a particular location on earth.

in the northern hemisphere, the sun is – at least from the 24th latitude, the northern tropic at 23.5°, on upwards – always in the south. due to the inclination of the earth axis in relation to the solar orbit, the ecliptic in the sky, the sun rises higher above the horizon in summer and stays lower in the sky in winter. accordingly, the days are longer in summer and shorter in winter, or the nights are shorter in summer and longer in winter. if one is south of the equator, one has the sun, if one continues to look south, in the back, that is, in the north. if one wanted the display on the watch to be such that one looks from the south to the north, then the direction of rotation of the sun’s movement in the sky would have to be reversed, so that it would rise to the right on the watch and set to the left. this version is not planned for in the normal display of the watch, but would be feasible by adjusting the construction. however, this construction would be more complex and slightly different than the one implemented for the northern hemisphere and would require at least one additional part.

representation of the length of day and night

the change in the length of day and night over the course of a year – one full orbit of the sun on its path, the ecliptic – can be represented on a watch. to do this, a sun symbol is made to complete a circle in 24 hours, behind which the night half of the dial appears dark and the day half appears bright. the transitions between day and night constitute the horizon. this latter moves up or down, depending on the length of the day and the night to be displayed. if the sun is at 12 o’clock when it is at its zenith at midday and at 6 o’clock at midnight, then the transitions are at 3 o’clock and 9 o’clock during the equinoxes at the beginning of spring and autumn. in summer, however, these transitions are lower, closer to midnight, and higher up in winter, closer to noon. 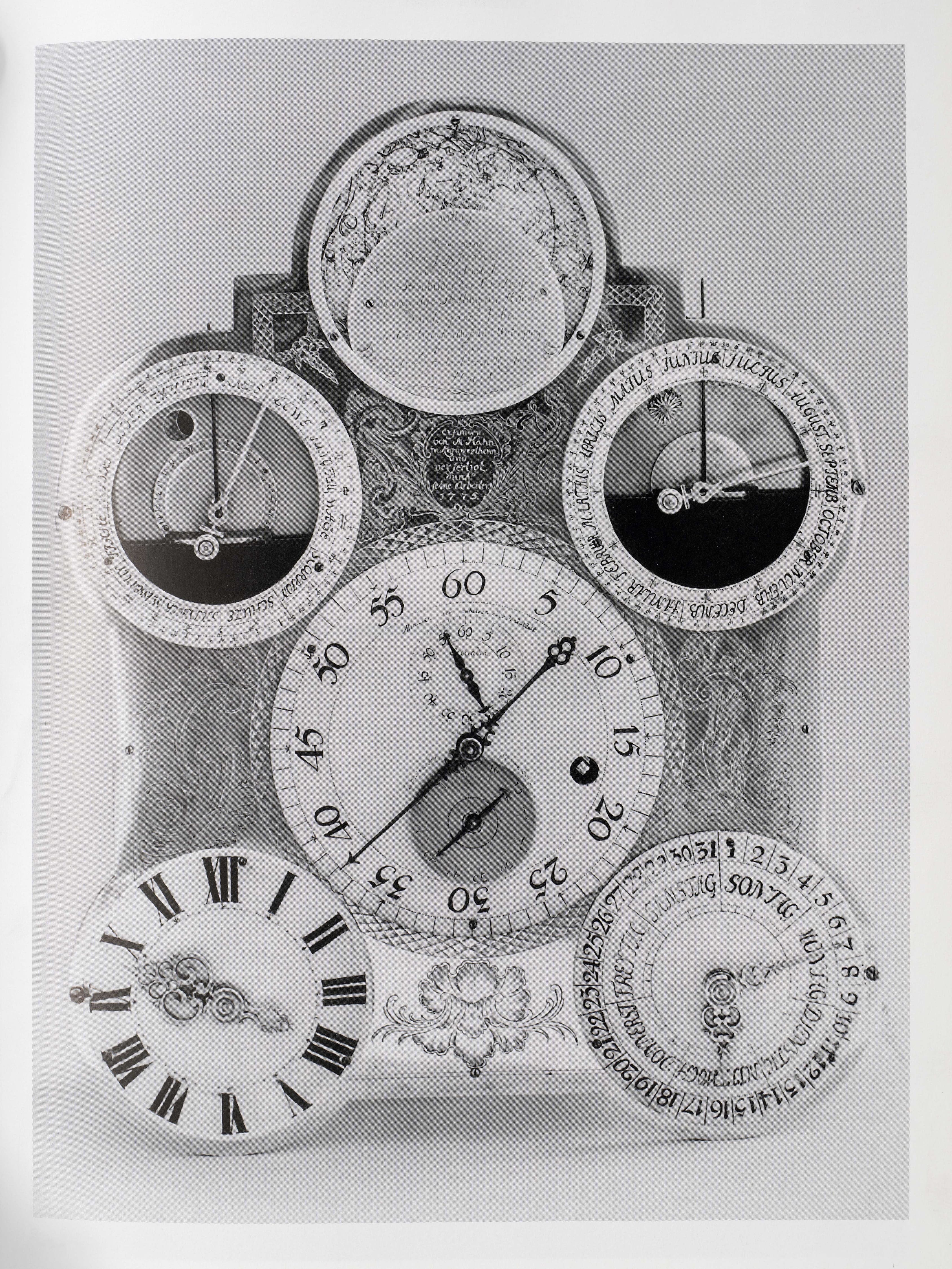 addition of the moon

a moon with a corresponding, slower speed, so that it lags behind the sun by one turn in approximately 29.5 days, can be added to the display.

powering the sun and the moon

movement of the horizon

the horizon is represented by two wings, the upper part of which is colored bright for the day and the lower part is colored dark for the night. these wings move symmetrically up or down from the horizontal middle positions at 3 o’clock and 9 o’clock according to the changing length of day and night. these movements are powered by the date disc, taking place three times a month and thus progressively every 10 days. using a malthese adapter, the date disc drives a wheel which completes a full turn once in a year. on this year wheel there is a crank pin that moves a carriage with gear teeth back and forth. in turn, toothed segments, which are mounted on the wings with the horizon, engage in these teeth, and the wings are thus moved up and down with the movement of the carriage. the radius of the crank pin on the year wheel is decisive for the size of the movement of the horizontal wings. the closer the crank pin is to the center of the year wheel, the smaller is the movement of the horizontal wings and the closer to the equator is the location for which the watch indicates the length of day and night. conversely, the greater the distance of the crank pin on the year wheel, the greater the movement of the horizontal wings and the difference displayed in the length of day and night over the course of a year, and the further north is the place for which the day and night length display applies. the wheel with the crank pin is made to fit a specific location and then inserted in the watch. for locations in the northern hemisphere between approximately 25° and 60°, 9 positions are provided for the crank pin on the year wheel. these nine positions correspond to a deviation of the sunrise or sunset from the mean value of the equinox of +- one-quarter of an hour in the southern part of the northern hemisphere to +- three hours further towards the north.

time zone time and position of the sun

usually, the time zone time deviates from the local time, which is determined by the actual position of the sun at that location. this deviation from the local time further varies with summer and winter time. for switzerland, say lucerne, the deviation of winter time from local time is about half an hour, so that when the sun is at its zenith, at noon, the time zone time is already at about half past one. in summer, this deviation is even one hour greater, so that it is already around half past one when the sun is at its zenith. these deviations can be adjusted for on the watch. for this purpose, a button is embedded on the case edge at 6 o’clock, or midnight, with which the sun, if the button is pressed, can be locked in place when it is at 6 o’clock, or midnight, while the corresponding time of the time zone is adjusted using the crown.