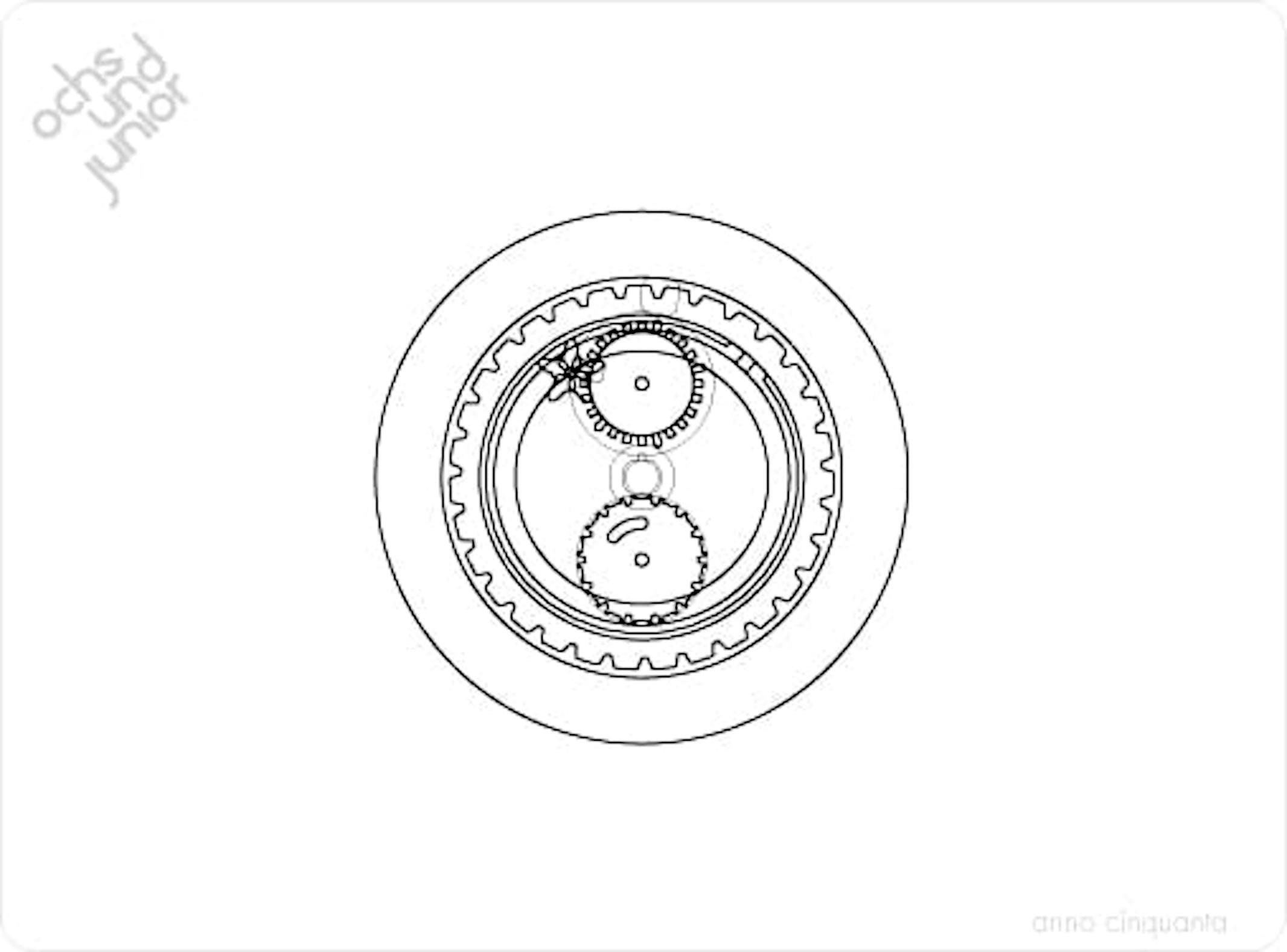 David has emailed us to ask whether the website could show some of the technology used in ochs und junior products. The answer is yes;  Sjoerd is working on it.

For now, the blog shows you something that has come straight from Ludwig Oechslin’s computer  –  given a ‘no logo’ branding by Sjoerd: the calendar module of the anno cinquanta (above) and of the settimana junior (below). Ludwig’s ideas, thought processes and innovations are what drive the ochs und junior brand. His designs are always as distilled and direct as possible. They incorporate as few parts as possible and maximise the usability of the displays.

It takes a lot of work on Vico’s part to come up with the best and simplest solutions. The anno cinquanta’s three components, for example, took him around two years of experimentation, calculation, testing, scrapping, meditation, thinking outside the box and building prototypes to produce something that amazes and fascinates us. 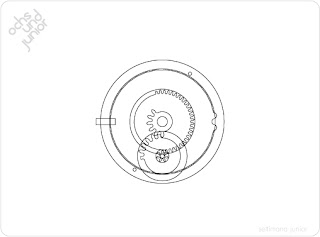 The settimana junior’s weekday display is simplicity itself  –  by which we mean it’s minimal, pared to the essentials, and incorporates a systematic, logical approach that’s imbued with Ludwig’s mathematical way of thinking. Being less complicated, the settimana junior’s calendar took less long to work out (it’s logical, really: the more complex something is, the more thought has to be put into it…).

Both calendar displays require a great deal of workmanship on the part of ochs und junior.