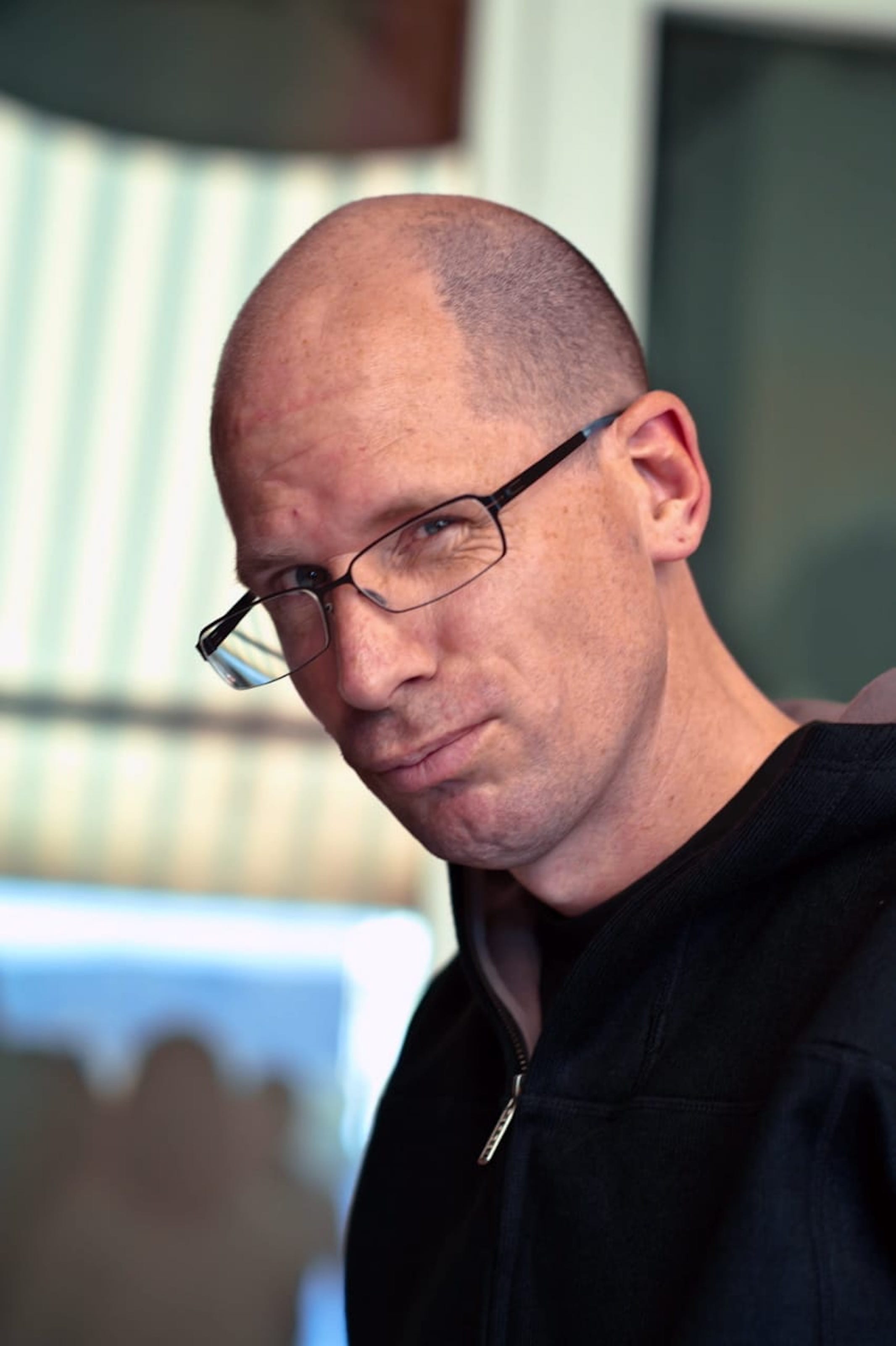 It all started with the idea of a children’s watch! The concept took a few minutes. Skin-friendly titanium, a natural rubber strap in case for when it got wet – and everything made in Switzerland. The lucky owner’s name and address would be engraved on the back so the watch could be repatriated in the event they get separated. And all this packaged in a comic strip booklet. That was three years ago, and it signalled the arrival of Sjoerd in the ochs und junior family. 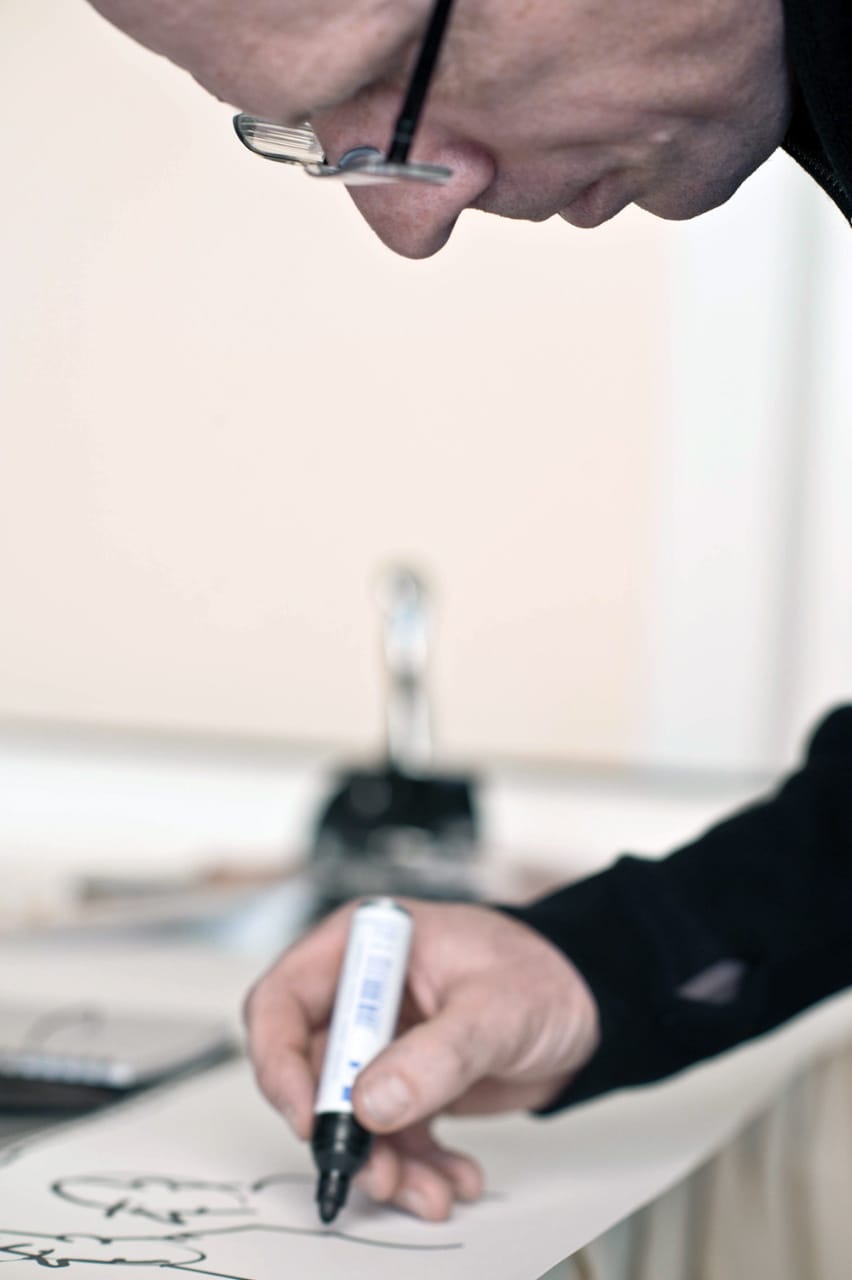 The ochs und junior settimana junior, with its wonderful story about the young lad and the watch inventor who wears a pince-nez, gave birth to the idea of illustration-based communication. 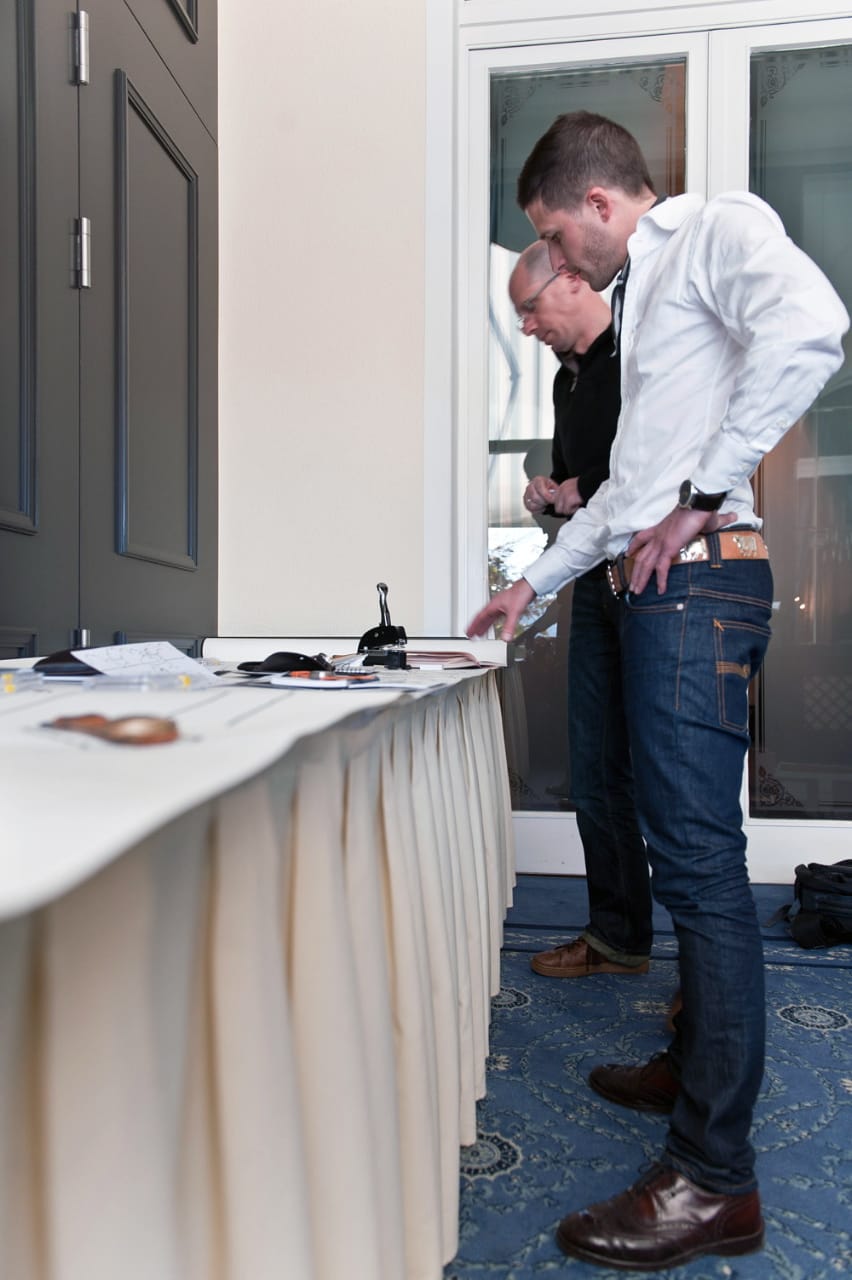 Sjoerd’s cartoon Ludwig Oechslin complete with dangling pocket watch and orange dots buzzing around his head has become a character that communicates at a new level. 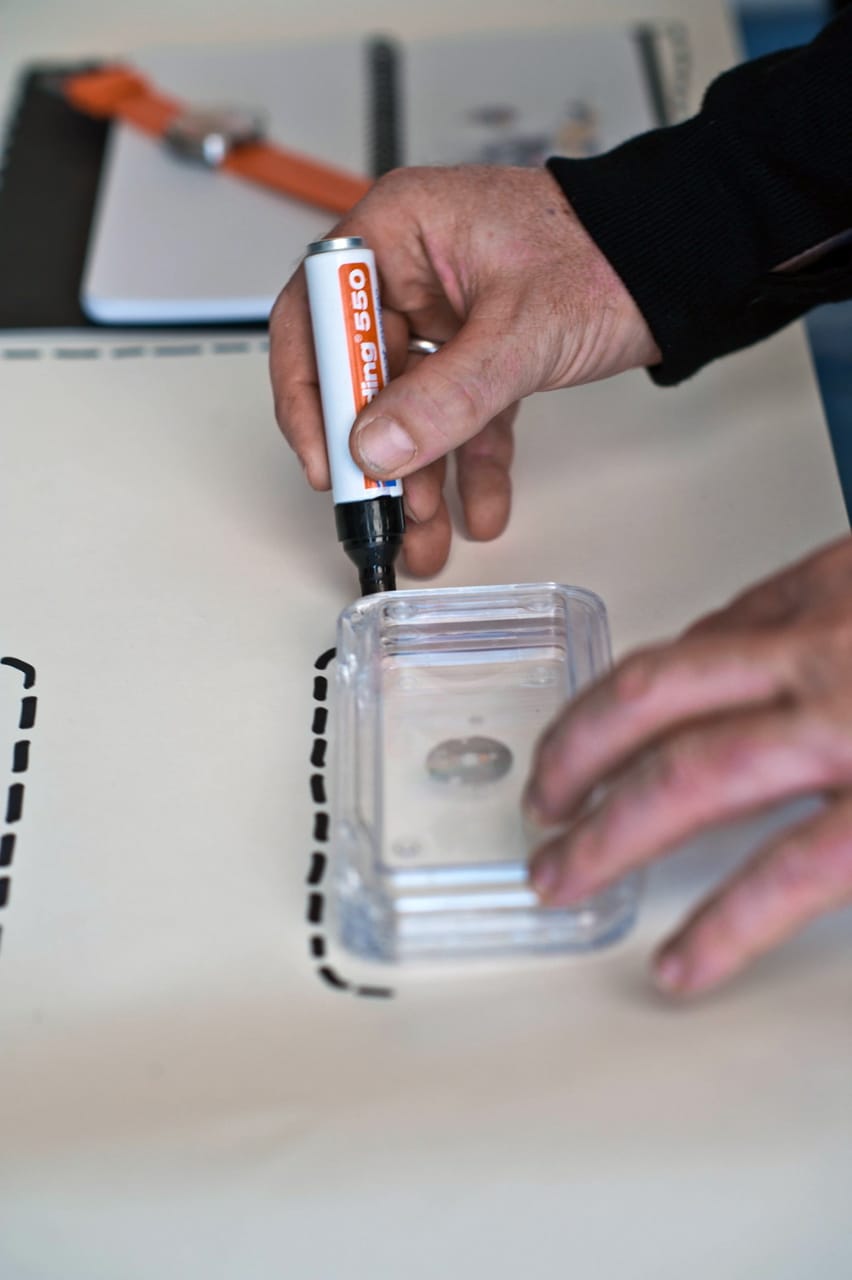 Each ochs und junior creation emerging from Ludwig’s Treasure Chest of Ideas has its own illustration-based story. The genesis and making of the due ore is told in drawings. Illustrations explain how the date spiral that graces the mese came about and how Ludwig implemented the concept. As for the luna mese, the illustrations show how it works and the radical simplicity of the ultra-precise lunar mechanism… 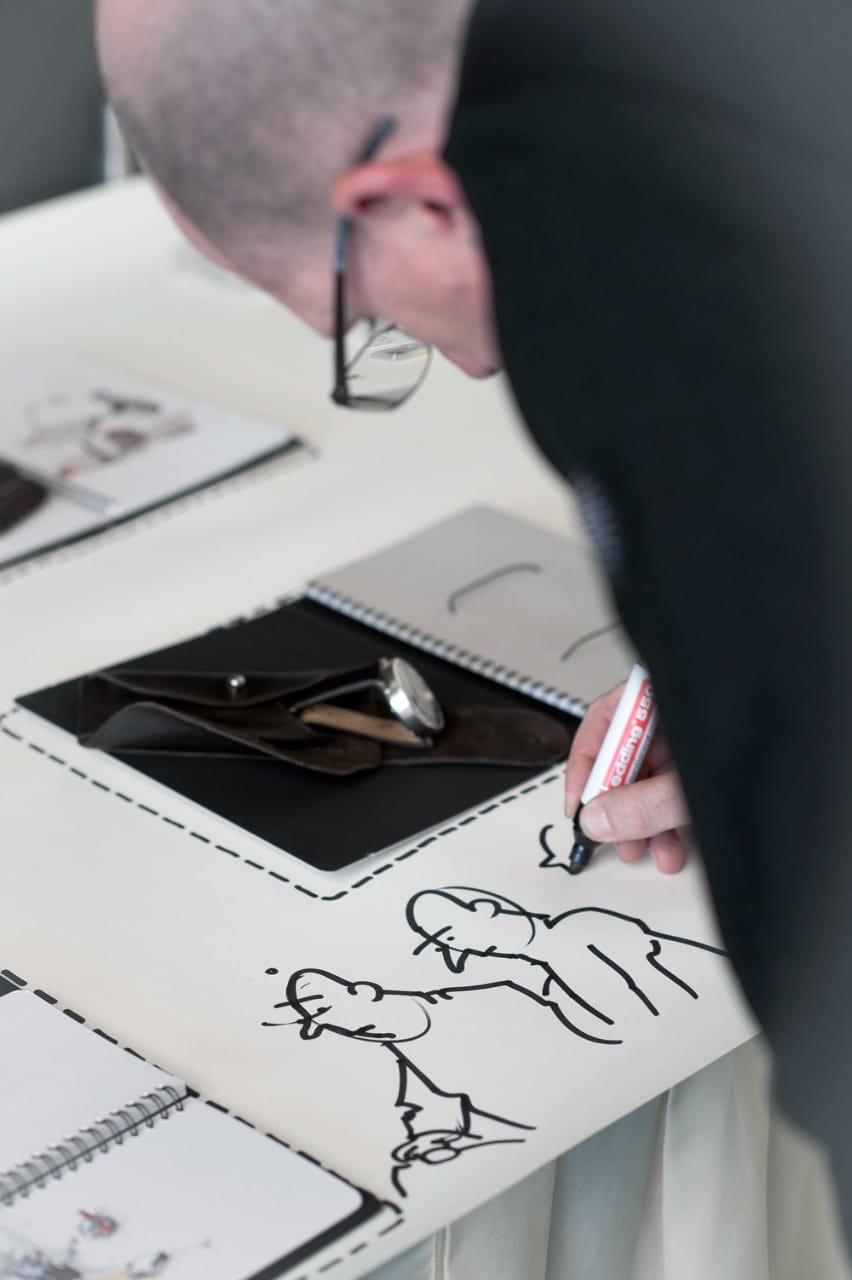 There’s a little clue top right… It’s the continuation of a process that began sometime back, gained momentum with the MIH Watch and started becoming tangible with Ludwig’s prototypes – now renamed Idea watches – which offer so much potential… Hmmm… 🙂

We spent three hours planning, drawing and arranging our display for attendees at an Apple seminar. The whole ‘idea flow’ thing looked great, but we had to photograph it before it could be finished – our son’s football match had to take precedence. It’s called getting your family priorities right 😉