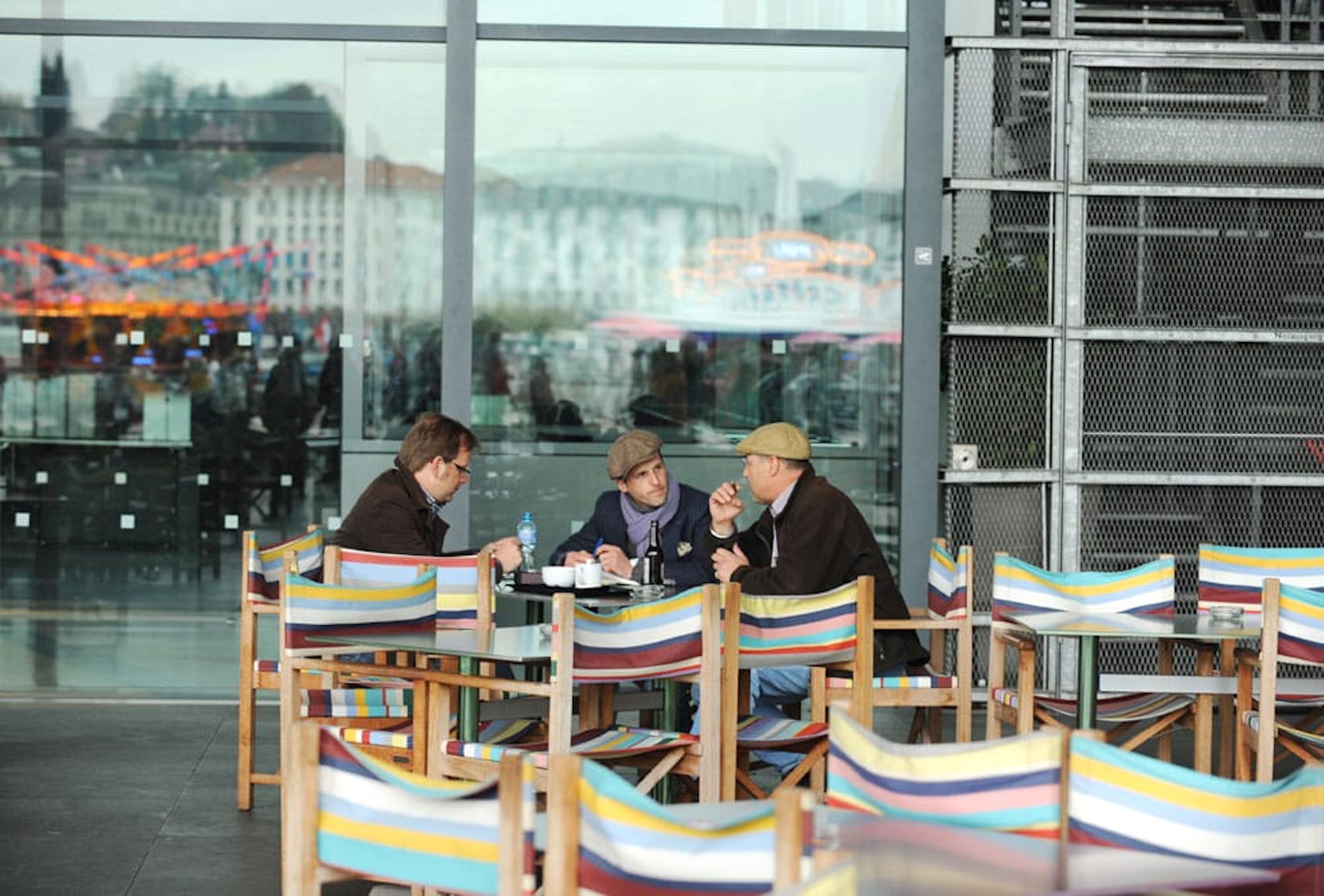 His job often finds him traveling in a variety of time zones. By journeying from Vienna to Lucerne yesterday he remained in one, but Magnus Bosse loves his dual time zone watch: it helps him keep his international networking ticking over.

He wears the new ochs und junior la due ore in titanium, which is guaranteed to cope serenely with Asia’s challenging climates. The choice between titanium and stainless steel was decided by a flip of the coin in Peter Cantieni’s workshop on October 2  –  the coin was Ludwig Oechslin’s! 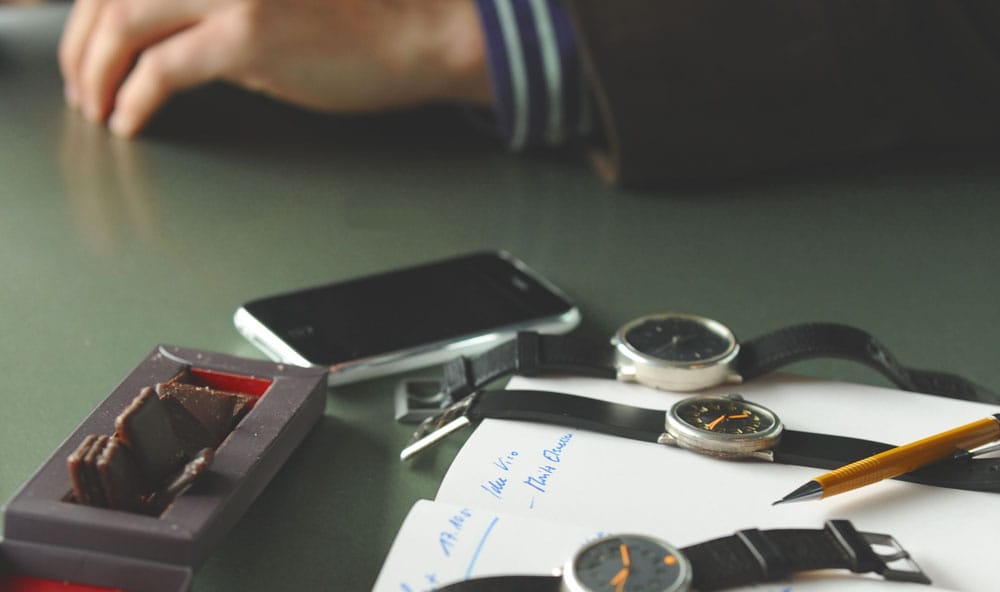 The (highly romantic) silver and (highly functional) titanium versions of la due ore, our third watch model, are being launched this December.

“The Beatles had a lot of fun making their music,” said Ludwig  –  he’d just bought the newly available remastered box set of Beatles albums. “We’re also having fun doing what we do,” he told Magnus as they sampled a box of chocolate confections: first comes the taste of salt, quickly followed by chocolate, then caramel and Tahitian vanilla… the box quickly emptied. 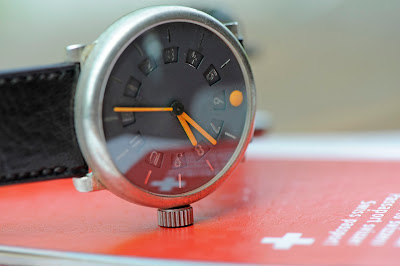 The disk beneath the dial sports Arabic numerals: pulling the crown out one click allows it to be turned clockwise. The orange dot at 12 o’clock acts as the reference point for determining the difference between the desired time and the local time – both times can then be read at a glance using the same hands: it’s the quickest way to cementing international relations… 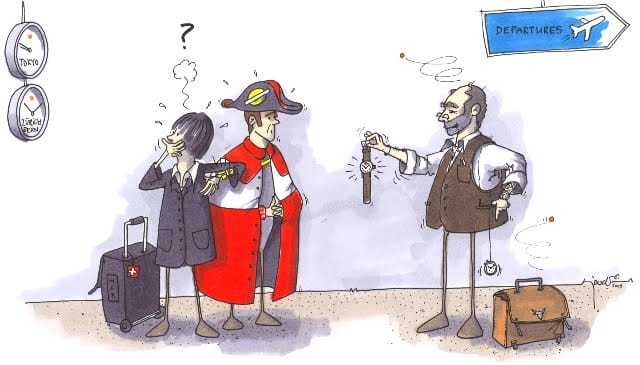 Swiss Foreign Affairs Minister Micheline Calmy-Rey could do with a watch like this: she was recently spotted wearing two watches on her wrist. Evidently she hadn’t yet found one capable of displaying two time zones  –  for maintaining international relations, naturally. 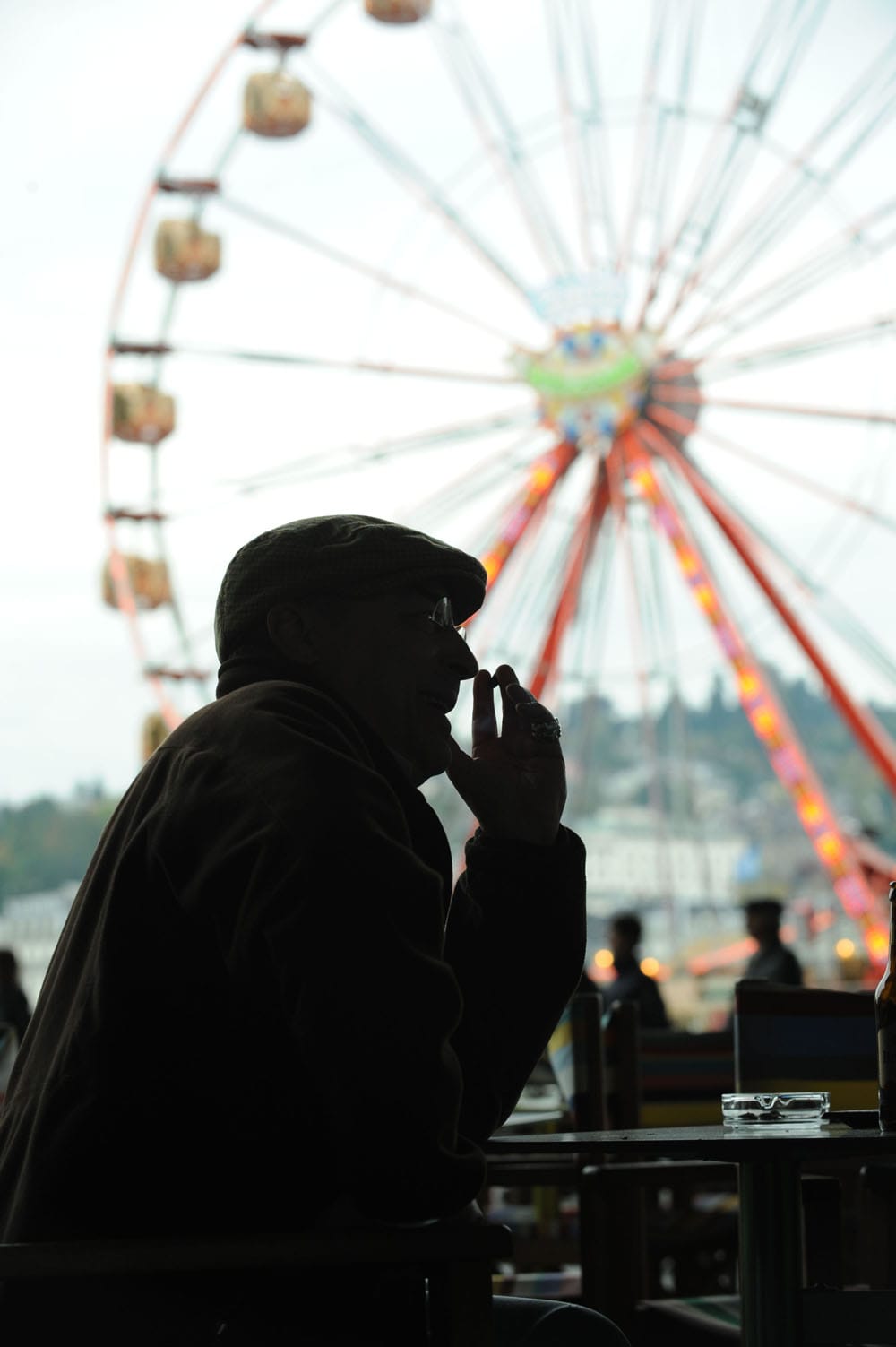 The anno cinquanta’s annual calendar uses just three components. The settimana junior’s weekly calendar also just three. As for the dual time zone la due ore, it uses none extra. The question is, what could Ludwig Oechslin possibly do with 37?