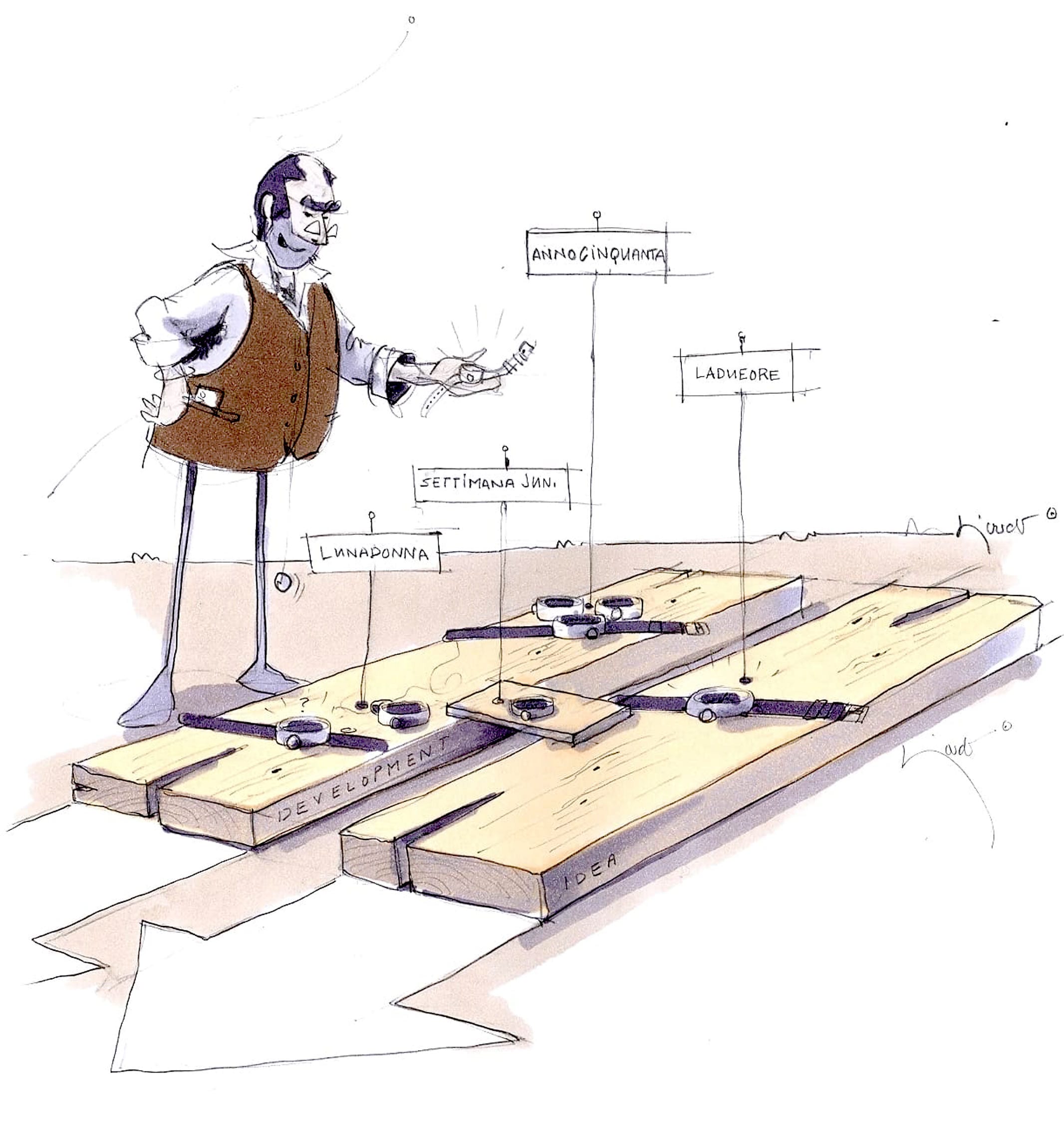 ochs und junior is Ludwig Oechslin’s favorite outlet for his ideas, and acts as a vehicle for transforming his thought processes into products.

“We’ll do something else if I need it,” he said a few days ago as we were carrying almost all the prototypes he had made out of his workshop. The question as to which of the protos he should wear the next day didn’t take him long to decide. His workshop’s at home!

ochs und junior is based on his (mostly nighttime) endeavours. The prototypes he comes up with are experimental vehicles and design studies, all imbued with the aura of a unique artistic specimen. Yesterday Bea took pictures of the brass and silver items – we’ll be posting them on this blog soon.

They’re examples of how an idea becomes a product  –  a completely different product to the one originally conceived. That’s development for you!

Every ochs und junior product is rooted in an idea. From idea to product takes a vast spectrum of development work  –  certainly in the case of the anno cinquanta with its annual calendar, less so in the case of the simpler settimana junior and la due ore with its novel approach to dual time displays. As for the luna donna, that might pass fairly quickly through its developmental phases, or it might turn out to be something requiring a great deal of time and effort. We’ll let you know in due course… 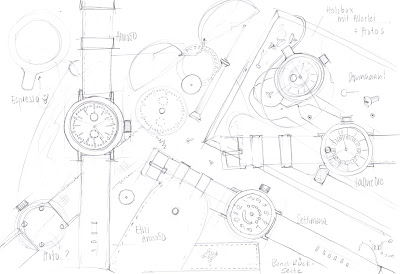 As a watch moves towards production readiness, it undergoes a range of developmental stages on its way to acquiring the characteristics designed to make it a favorite.

By way of complementing the Paul Gerber calibre manufacture anno cinquanta, January should see the appearance of silver and titanium la due ores. These represent the first watches to emerge from Ludwig’s ideas chest.

Powered by a reliable ETA movement, this watch is the platform for timepieces capable of being built as one-offs or in small series. Peter Cantieni will be machining three sizes of case, into which Ludwig will be inserting new functions as he thinks them up. The first case to appear will have a diameter of 39 mm.

The sketch you see above is one of the ideas we are considering for the website. The finished article can be found at www.ochsundjunior.swiss in a few weeks’ time.