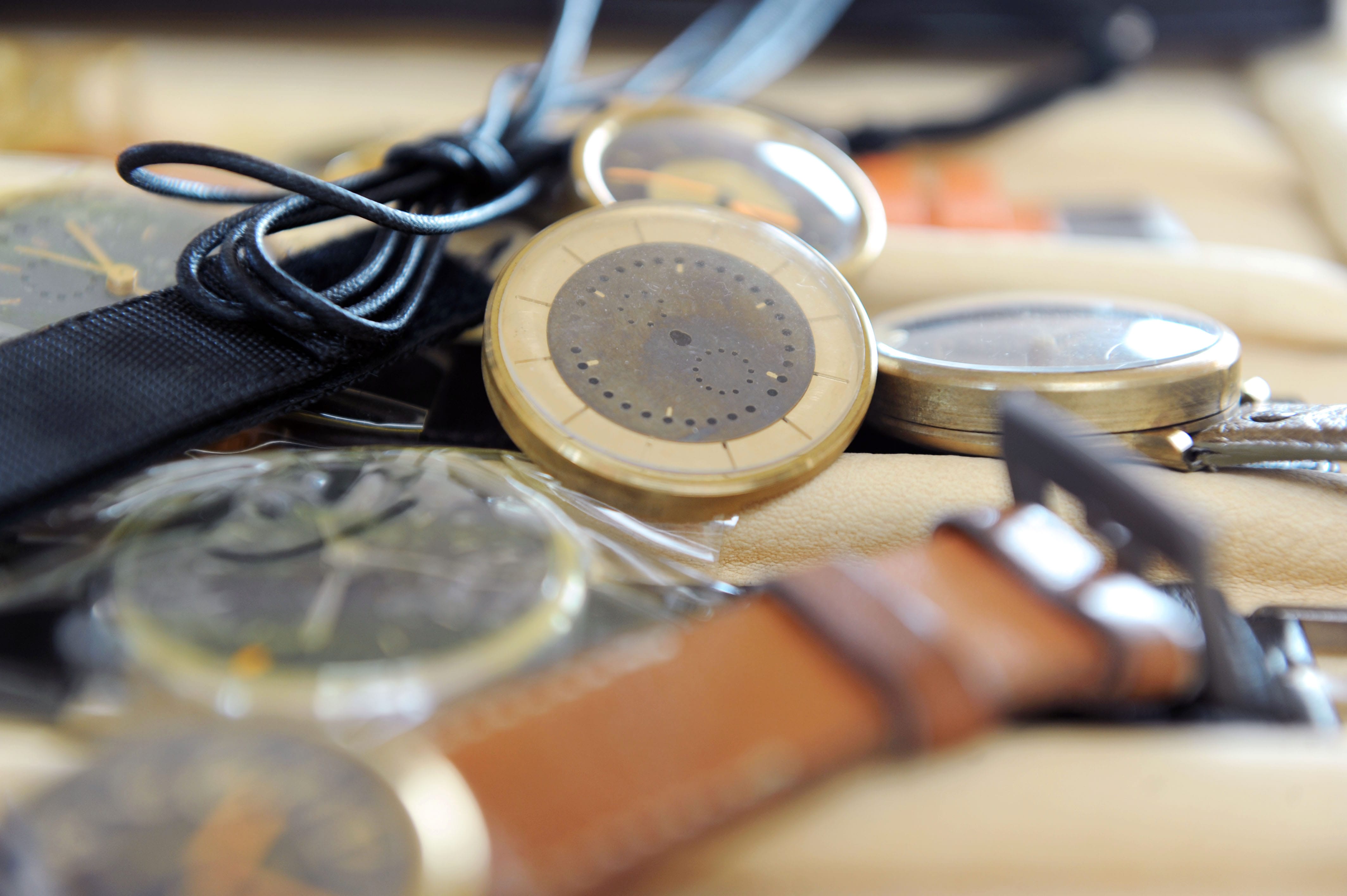 Concepts imbued with that degree of perfection that Ludwig finds just right. The individual charm of the hand-made that, no matter how much care is taken, allows for a degree of chance and the opportunity for surprise. That’s the perfection he strives for – the famous 95 per cent. 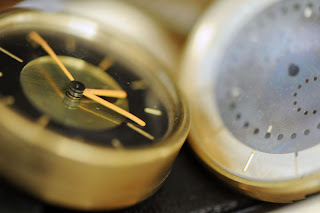 At nights in his workshop, when he lets his thoughts turn into timepieces, he uses the materials and techniques which happen to be to hand. That was the case with that little bottle of acid he had obtained from our friend, Beat Haldimann. He used it to patinate some brass. It produced a dark grey surface  –  which gave him the idea for his dials, each one of which is a unique miniature work of art. No two are alike. Little differences in color… and there – was a little more acid used around the edge? 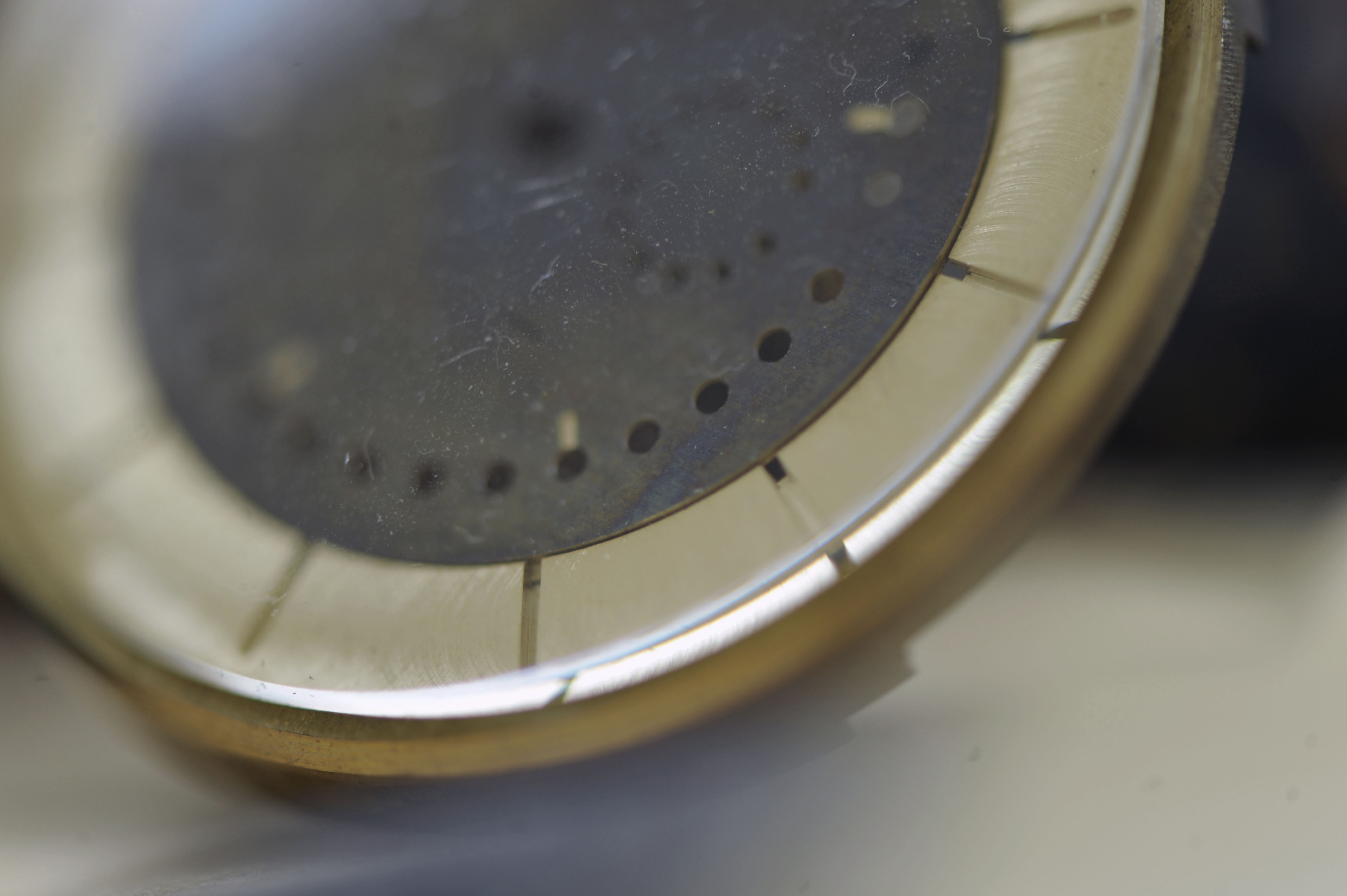 It goes without saying that the use of acid was restricted to the experimental phase. We are keen to keep our environmental footprint as small as possible, which is why we use ecologically tanned leather. Moreover, gold is a far more romantic metal than brass. So Ludwig switched to gold  –  and got himself an enamelling oven! 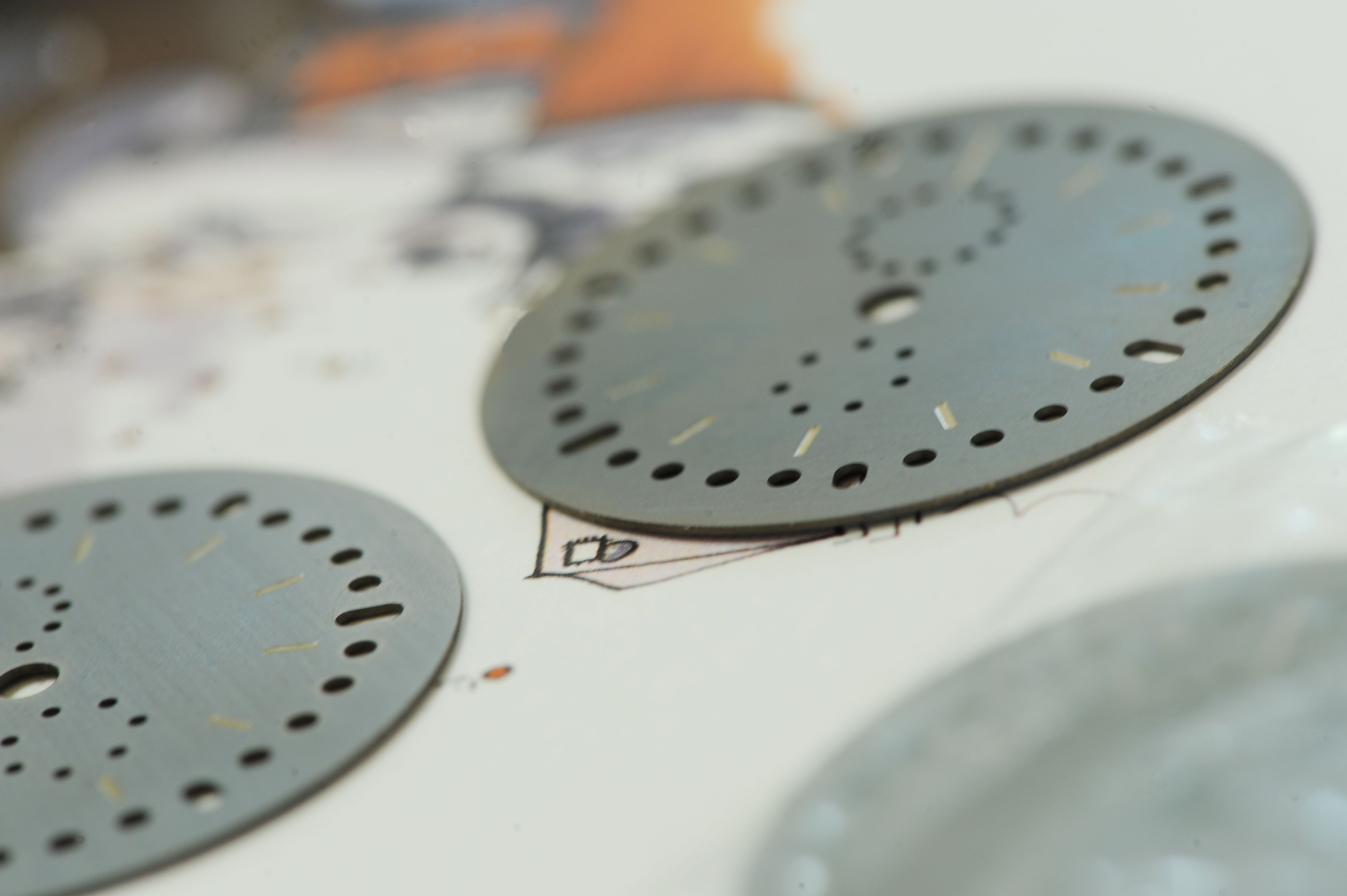 Fine gold shavings now mix with the brass on Ludwig’s CNC machine tool when he mills the dials for our ochs und junior anno cinquanta. Fifty apertures for the annual calendar display. The dial is then baked at around 950 degrees Celsius (1740 Fahrenheit) for three minutes. The result? Always a surprise! The gold acquires different shades of dark grey. In the meantime, Ludwig’s scientific background has helped him experiment with a view to perfecting the technique. We think we can say that perfection is a question of definition: when it comes to our dials, what we’re aiming for is something that reflects life rather than perfection for its own sake… 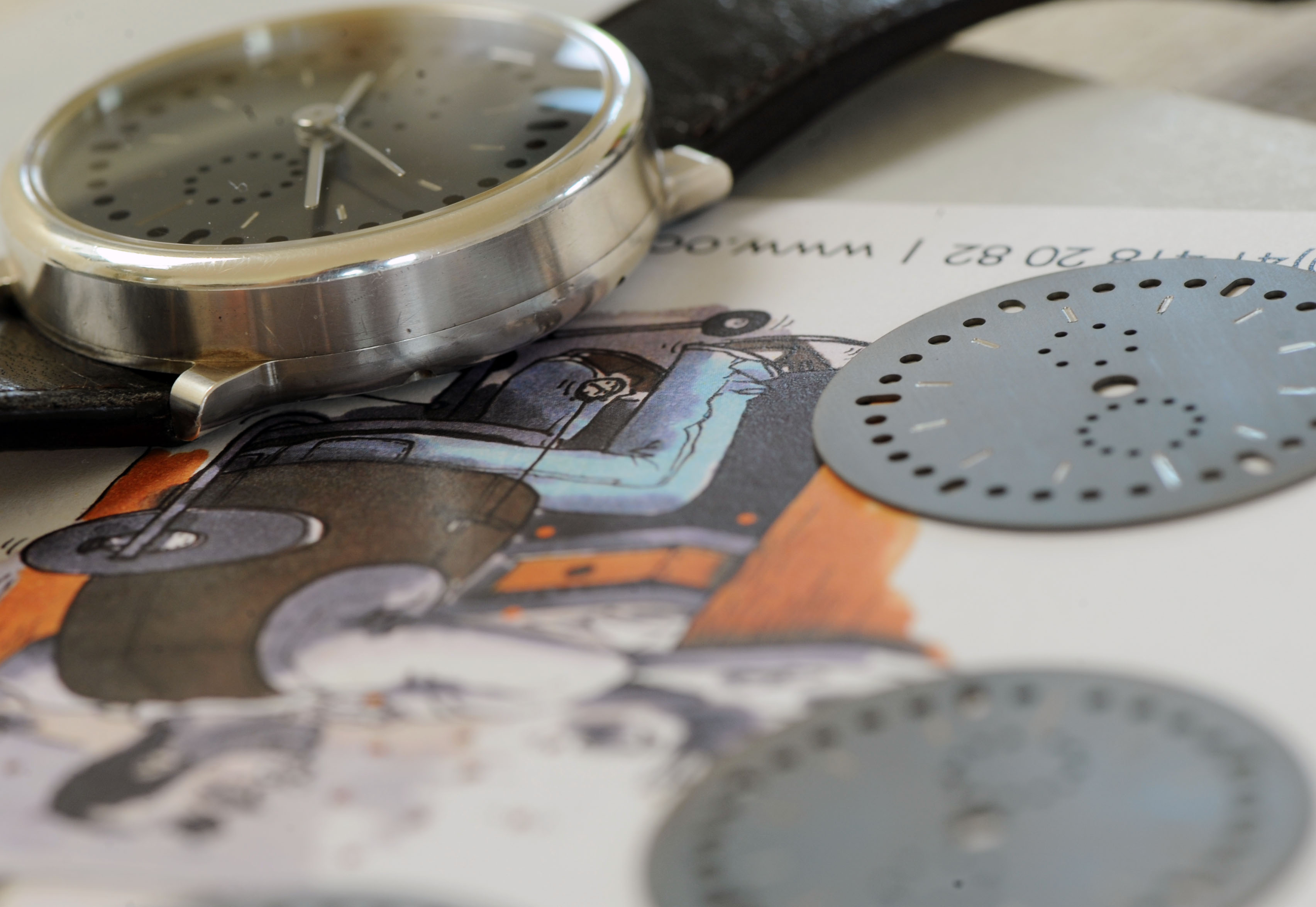 So long as the dial is still flat enough after the heating process, Ludwig mills the twelve indices out of the gold, a process that allows the original colour to emerge from the patinated surface.

The dials then go to Paul Gerber, who sets them atop his bespoke self-winding movement sporting Ludwig’s three-component annual calendar mechanism. Paul then encloses all this in the silver, red gold or white gold cases. I wonder what Ludwig’s working on tonight?