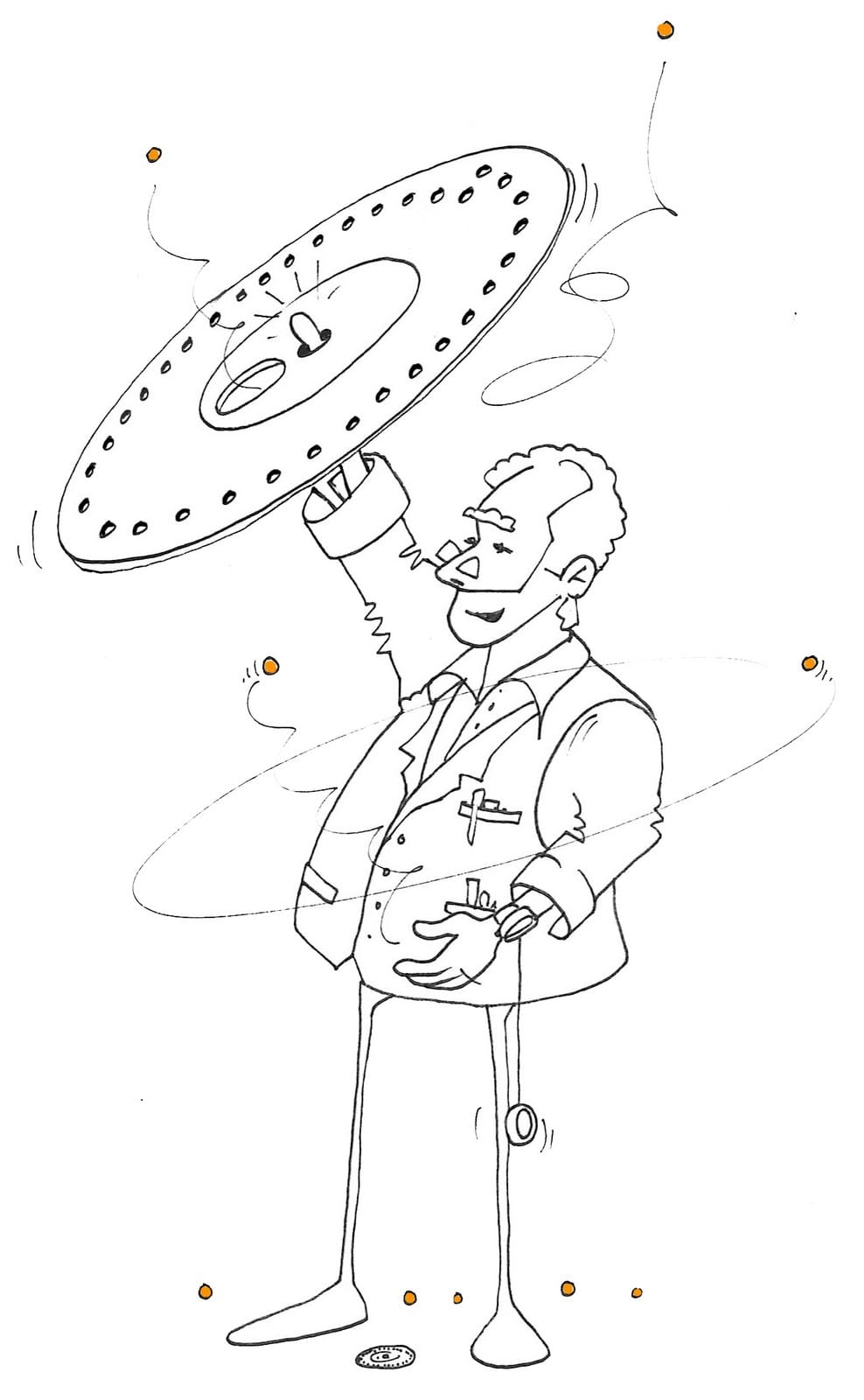 All roads lead to Rome. And Rome has long been a place holding a special fascination for Ludwig. For one thing, he was entrusted with analysing, restoring and documenting the Farnese Clock in the library of the Vatican, a feat that took him four years. All roads lead to Rome is a familiar phrase that leads us to the heart of our story. Development as a process is, as we know and experience every day, all about getting closer and closer to a relative optimum, as seen from the present moment in time. That’s how Ludwig views it. His solutions are always informed by the rigour of simplicity. His latest one will shortly be appearing on www.ochsundjunior.swiss. Called the luna mese idea, attentive blog subscribers will already be aware of the luna mese, know what makes it special and how it works. They will also have noted the extra “idea” appended to the name. This indicates that the watch represents an extension of the core ochs und junior range. Here’s an explanation:

The anno cinquanta is made in tiny batches in Paul Gerber’s workshop and features his wonderful, specially designed self-winding movement. This is the ochs und junior most closely linked to the traditional watchmaker’s craft.

The watches stemming from Ludwig’s Treasure Chest of Ideas  –  currently the mese, the la due ore and the luna mese  –  measure 39 mm in diameter and come in silver or titanium; these are now appended with the designation “idea”. In each case, their innovative features and their dials are fashioned from white gold by Peter Cantieni.

These concept watches  –  all of which are available for purchase  –  come straight from Ludwig’s Treasure Chest of Ideas, and as such are superb examples of the symbiosis between innovative engineering and the watchmaker’s craft. They are made in ultra-small batches, and none (in true ochs und junior fashion) is 100% perfect!

These watches can be further refined  –  something we have already done with two of them. You’ll find some of Ludwig’s drawings below: 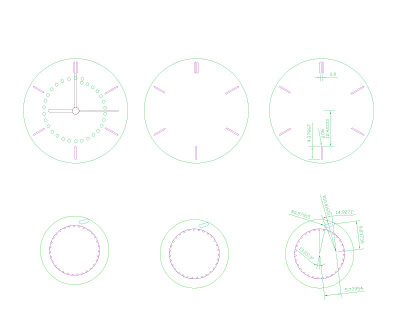 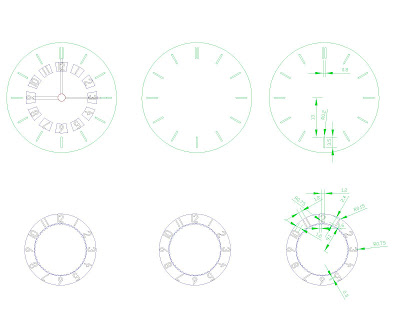 These represent the next step on the way towards relative simplification; for us, it’s a new leg along the path.The 42 mm titanium cases are, as usual, lathed and milled by Peter Cantieni, as are all the internal mechanics.The characteristic orange hands, manufactured by Estima in Grenchen, turn against a dial varnished by Cador. We’ll be making every Pantone colour available  –  but only up to five of each! Sjoerd’s cartoonstrip accompanying each watch will specify  –  in freehand  –  the number of the individual watch’s color.

The water-resistant watches will feature a naturally tanned leather or caoutchouc strap; they’ll be entirely capable of coping with life’s little adventures on that famous road to Rome.

The mese and la due ore are just the beginning  –  they’ll become available in or around November at around the CHF 6000 mark (to be confirmed). Per model, amortisation will occur at around the 50 watch mark. It’s all a question of volume. The MIH Watch was amortised at a higher volume, while the 36 mm settimana junior (our top-echelon children’s watch built by Paul Gerber’s workshop) was set at a deliberately low price.

Ludwig’s pioneering “idea” concepts would certainly work as part of what could be called a “Swatch approach”. The mechanics involved would not be expensive to produce ­ –  it’s all a matter of volume and marketing/distribution. Because we cannot offer both, we continue to present our ochs und junior watches as products for early adopters, lateral thinkers and admirers of innovative work…