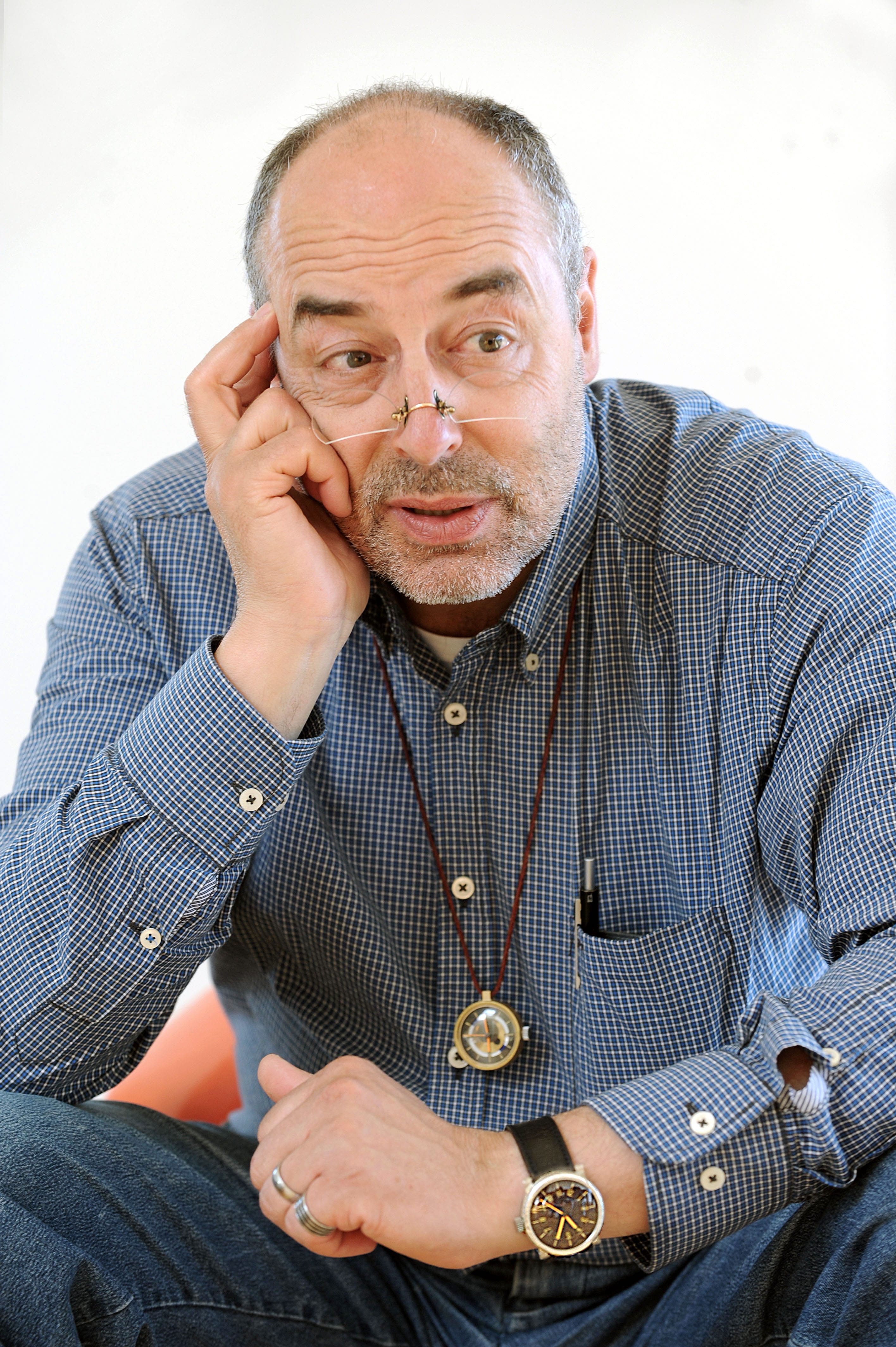 It was a short night! We talked, debated and conceptualised until four in the morning  –  lubricated by a few bottles of organic Italian wine, of course… So, what was it all about? 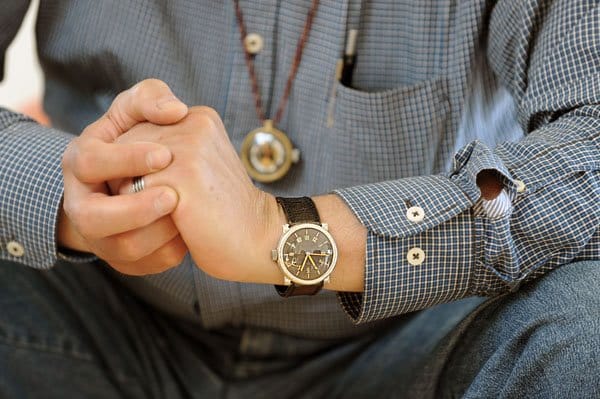 While Paul Gerber is busy assembling the first anno cinquantas and settimanas, Ludwig Oechslin’s brain has, as always, been on overdrive – thinking about prototypes, concepts, artworks and innovative ochs und junior ideas that could one day see the light of day on people’s wrists. Objects of beauty, functional objects… and one we’re not even going to talk about right now! Two were carried about the maestro’s person – one on his wrist, and one around his neck… 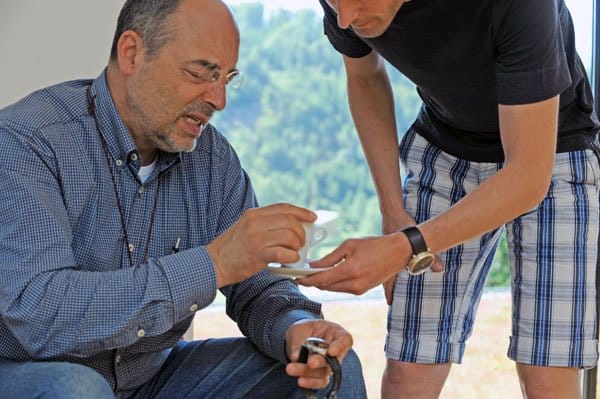 So, the night was short, as was the eagerly awaited espresso… 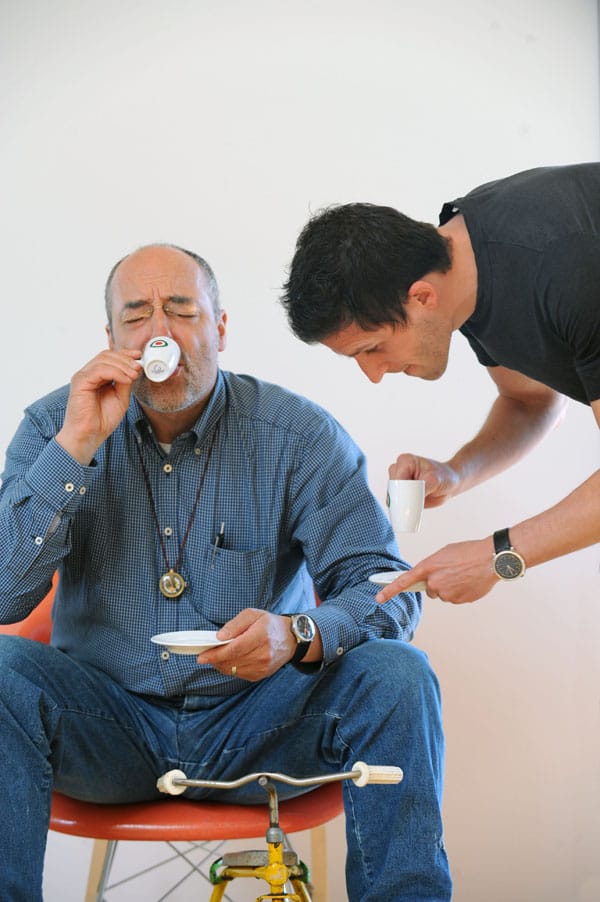 The luna donna will be the ochs und junior ladies bracelet watch – although right now only Ludwig is wearing it  –  and the la due ore will be worn by either sex.

All’s right with the world, eh, Ludwig… :-). So what about these two newcomers? First and foremost, they’re simple. Straightforward timepieces, pure representations of the ochs und junior concept. Both powered by the ETA calibre 2824. The silver (and perhaps titanium) luna donna will be on a leather bracelet. Its dial will, like the anno cinquanta, be heat-patinated gold. It has a moon that travels along a heart-shaped disc in such a way as to display the actual moon phase. And it has a time segment that can be set… This watch will first be made personally by Ludwig as a prototype fob watch, maybe based on a manual winding movement. There will be a few made for our ochs und junior devotees.

It will then be available on a bracelet. 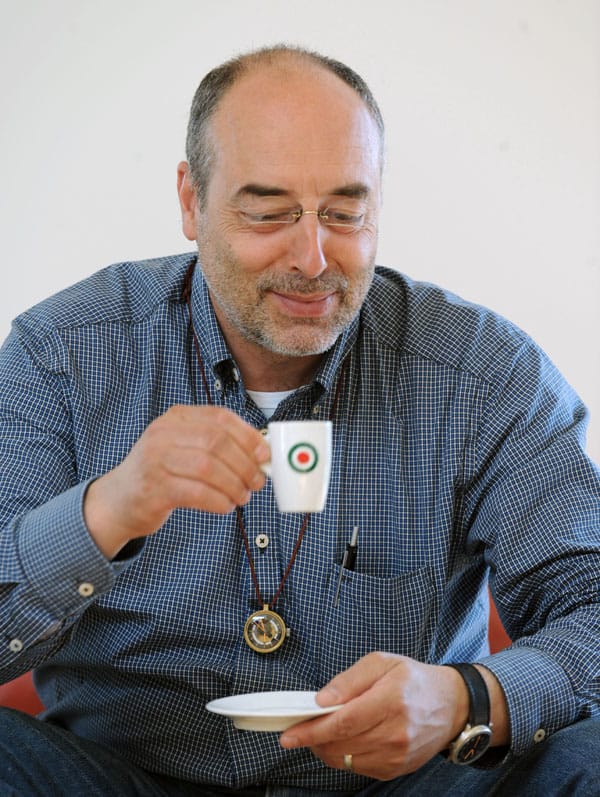 The la due ore, 39 mm in height, will have two 12-hour time displays ingeniously driven via the date escapement  –  ideal for people on the move between continents. Talking of which, our watches remind me of those magnificent brick buildings and old factories in New York city being brought back to life: ochs und junior timepieces are made to be lived with! They are what they are: pure, unadorned, elegant and simple. They get scratched and marked as life is lived  –  but that enhances their appeal. They tell stories about the person wearing them. 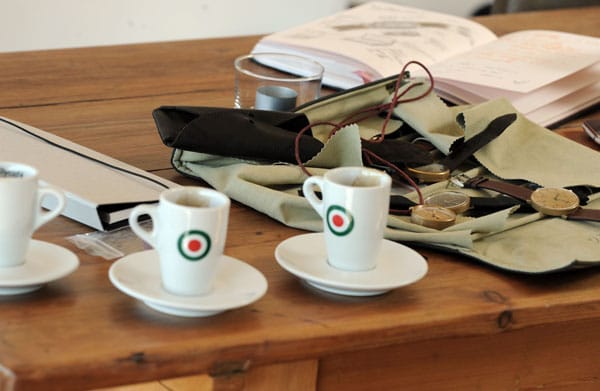 It could be that Ludwig will restrict himself to building a number of prototypes of la due ore in his La Chaux-de-Fonds workshop  –  perhaps for people reading this blog, who ask for one. And, in true ochs und junior fashion, they won’t be more than 95% perfect!