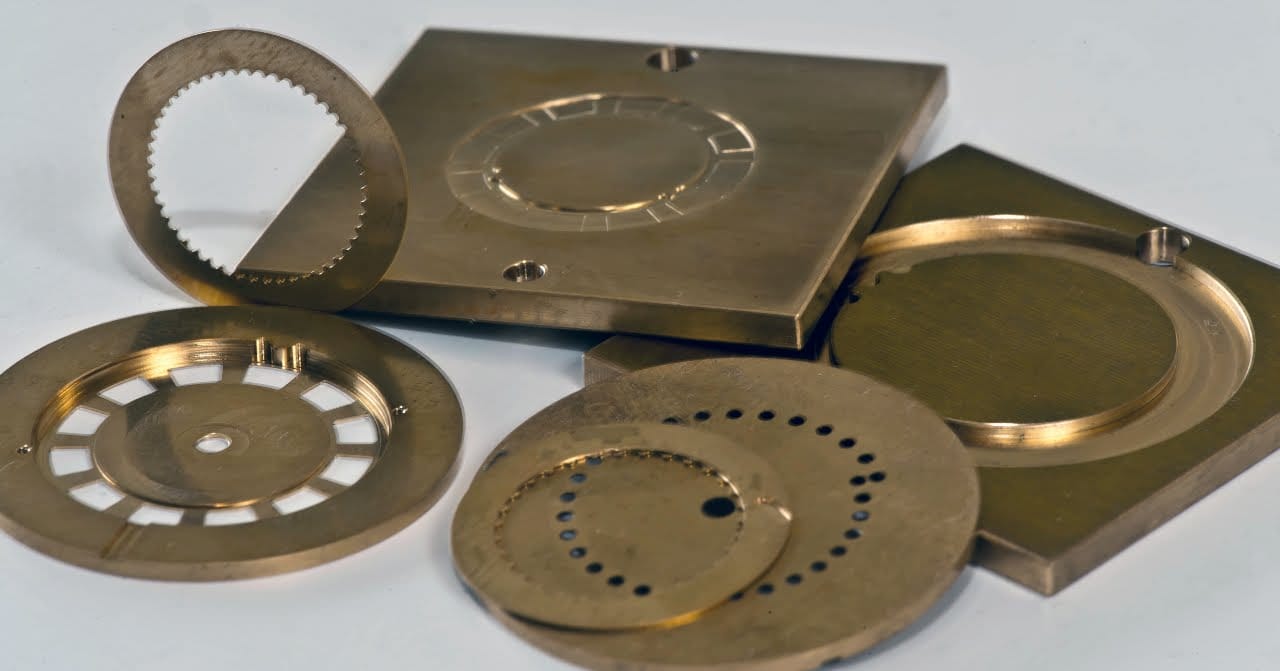 There’s excitement in the air when new parts arrive in Lucerne from Peter’s workshop! Until now, his deliveries were accompanied by heavily armed security personnel  –  that’s when the dials were gold ;-)…

Now, though, he can relax a bit more. For one thing, the parts are fashioned from brass and titanium, which means that the value inherent in the work and in the materials is that much less… OK, so I’m exaggerating – the number of parts involved was never very large!

Here, then, is the dial, the date disk with the spiral of apertures machined into it and the time disk. In the photo, they’re placed against the two square tools that help Cador determine the correct printing positions. 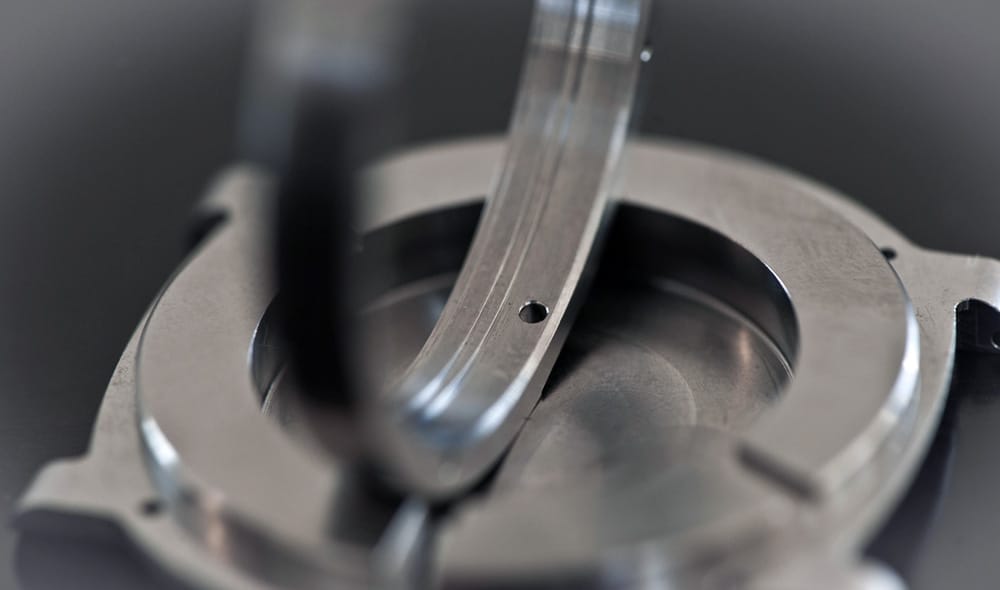 42 mm titanium. Skin-friendly, light, water-resistant. Two parts, optimally machined and lathed. Needless to say, we want to show off Peter’s handiwork. We leave the surfaces as he delivers them  –  they’re beautiful as they are and don’t need polishing. Next week sees the arrival of of the sapphire crystals from Stettler and then we’ll be taking delivery of the colored dials… And the next step?