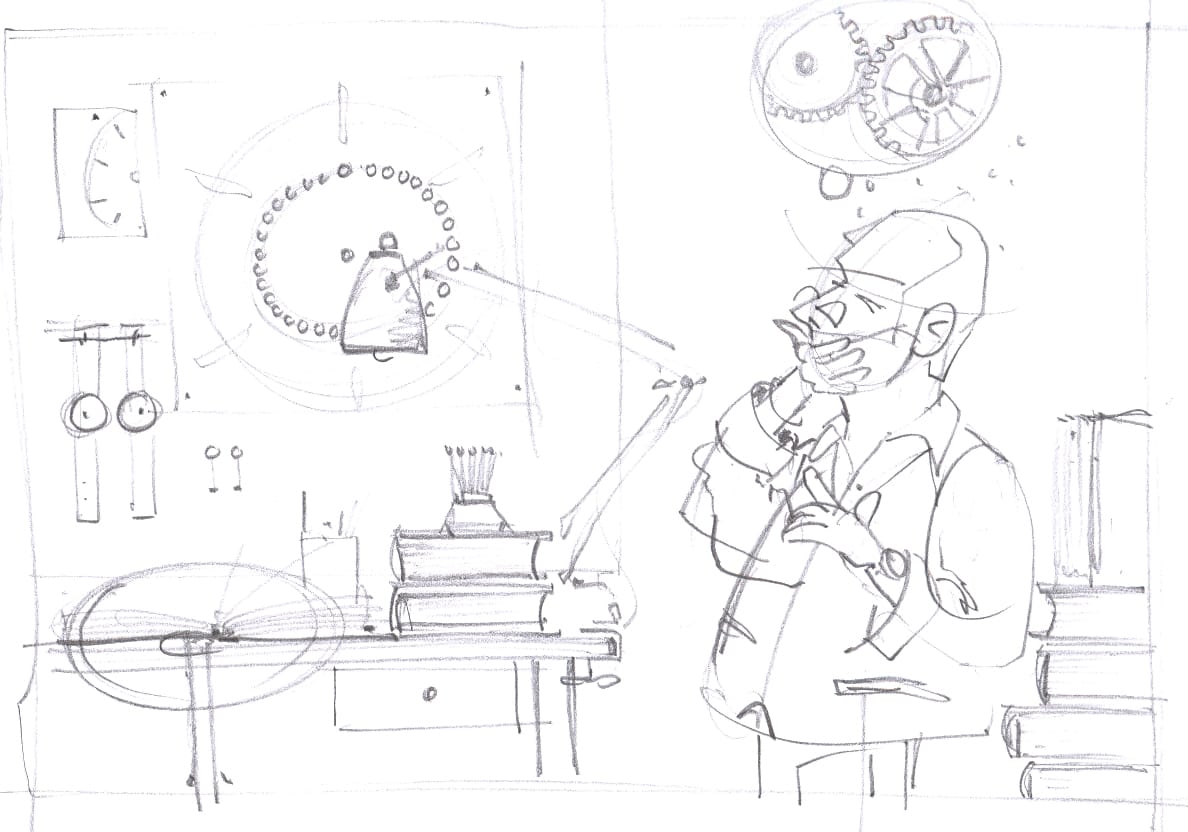 What exactly does ‘simple’ mean? Straightforwardness? Can ‘simplicity’ be banal? Well, it could. It’s always a question of perspective, and it all depends on where you’re coming from.

The funny thing about this world is that developments emerge out of the experiences we make  –  but we need to make them first. If that weren’t the case, I wouldn’t have been sitting behind my parents in the family car in the 70s when I was still young, my parents wearing seat belts, me not. And the emission-free car would already have been invented, bristling with safety features. That said, there would have been no use for safety features as accidents would be a thing of the past.

So what am I leading up to? Tasked with designing the monthly calendar of the mese, a watchmaker would have considered and developed a mechanical solution. Ludwig Oechslin is far more than a watchmaker, which is why his graphic-based innovation is so striking. It’s real left-field stuff  –  thinking outside the box. That’s the kind of thing that makes this world so exciting… 🙂

Simplicity is elegance! Elegance in design! That’s what we mean by that word… Here at ochs und junior intellectual endeavour is at the root of everything we do  –  and that includes the watches.

Sjoerd’s cartoon strip accompanying the mese illustrates this approach of ours. His crayons are smoking, there’s steam coming out of his ears  –  the artist is at work!