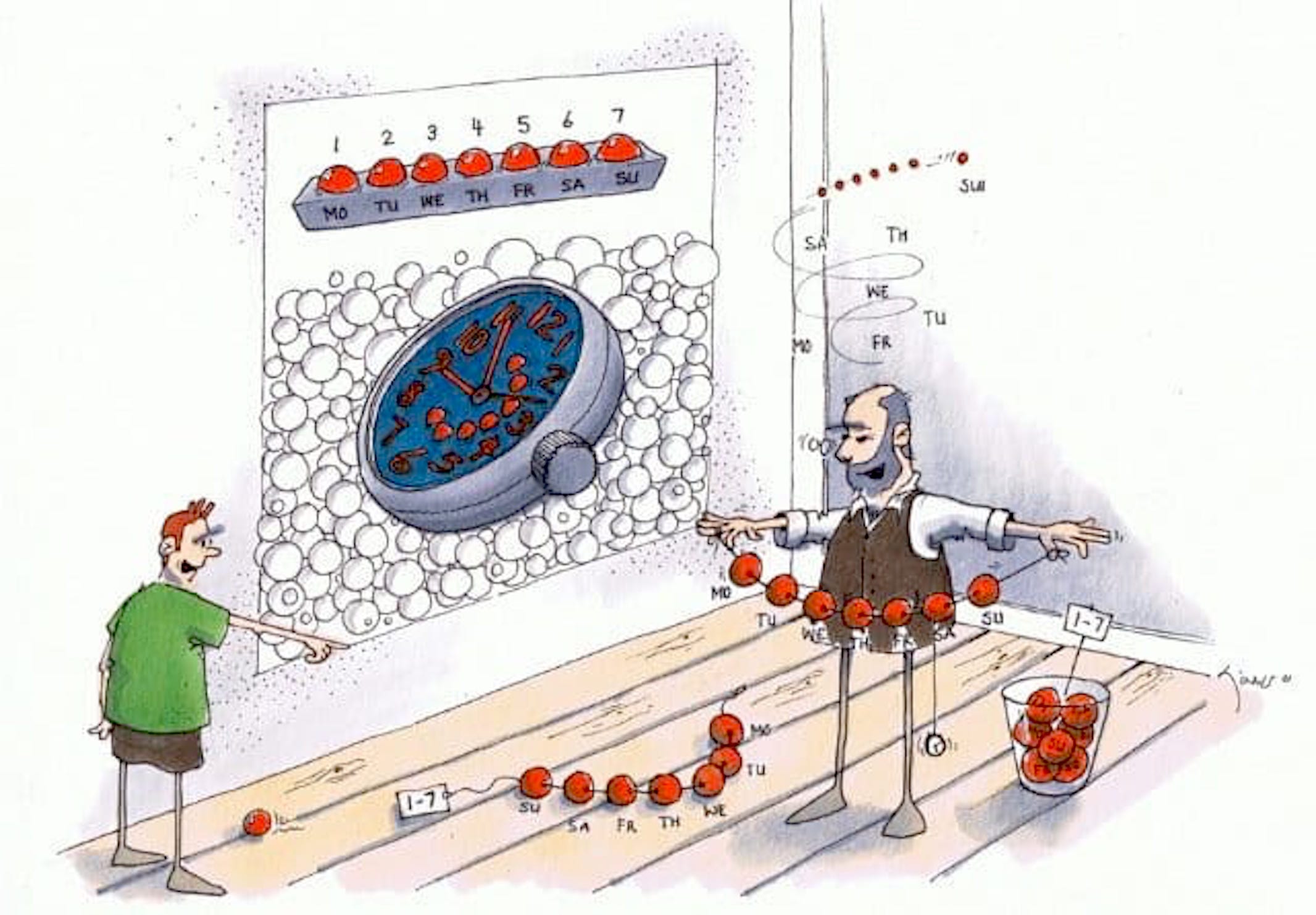 And there it is…!!! Ludwig Oechslin and I delivered the first settimana junior to Embassy at their boutique at 2, Grendelstrasse. The postman then delivered the comic strip at 9 o’clock. Ludwig and I marvelled at Sjoerd van Rooijen’s work of art, fresh from the press, before handing it and the watch over to its lucky owner. The comic strip tells the story of a boy who finds a weird bit of flotsam on a beach in Holland (Sjoerd is Dutch: www.doubledutch.ch) and who goes with his grandfather to bring it back to its rightful owner, Ludwig Oechslin. They travel by delivery bicycle (which is also Dutch  –  you see, as well as being an illustrator, Sjoerd also promotes and sells various Dutch products: www.bakfietstotaal.blogspot.com). The comic also explains how the weekday calendar works  –  all in pictures.

And so it goes at ochs und junior… 🙂