A cockerel in Basel 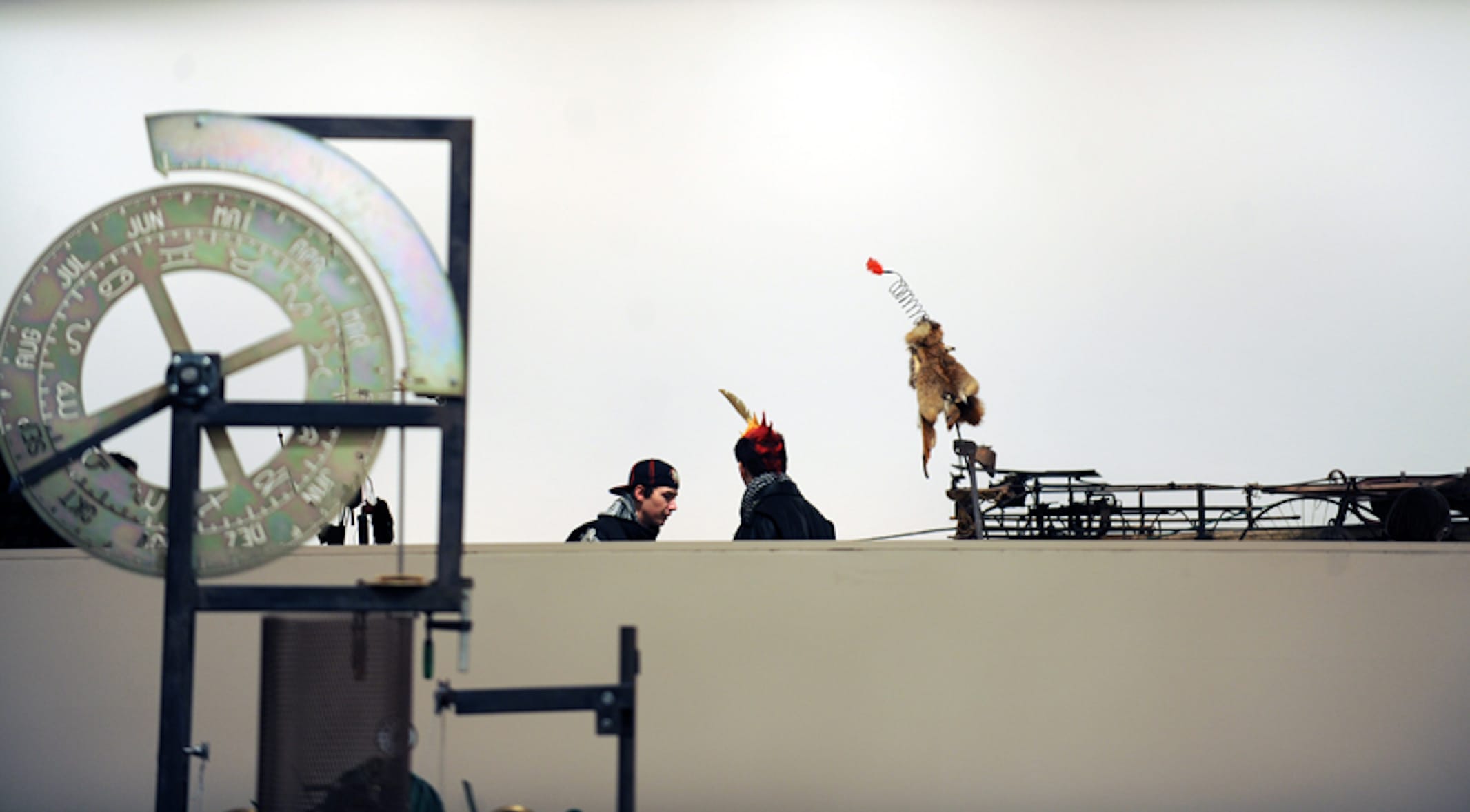 Time was when the cockerel (or rooster for our American cousins 😉 was proud of the morning-time influence he exerted on how time was divided. Now all-singing, all-dancing mobile phones have limited his sphere of influence to that of ensuring the future of his species. Meanwhile the measurement of time has become an art form, as could be witnessed at the recent Basel Museum Night. 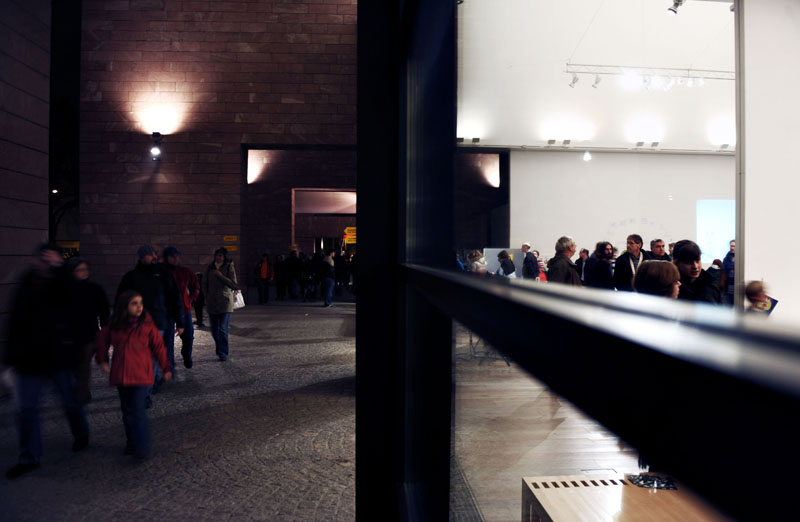 The Tinguely Museum attracted visitors of all ages with its exhibition “Fire and Iron” featuring work by Paul Wiedmer. 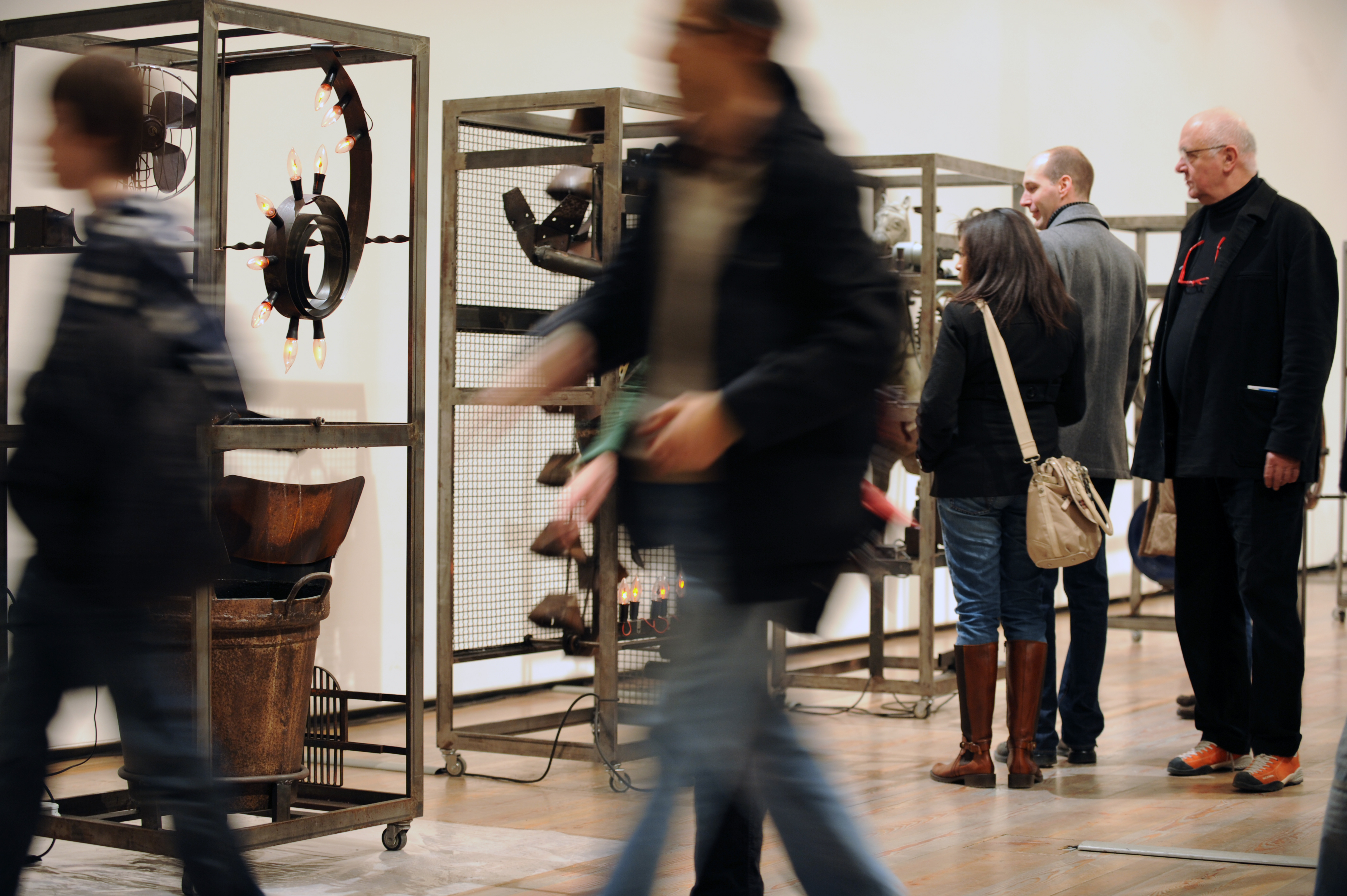 The sequence of nine thematically linked exhibits depicting various aspects of time will soon be making its way back to Embassy in Lucerne for a further exhibition there. 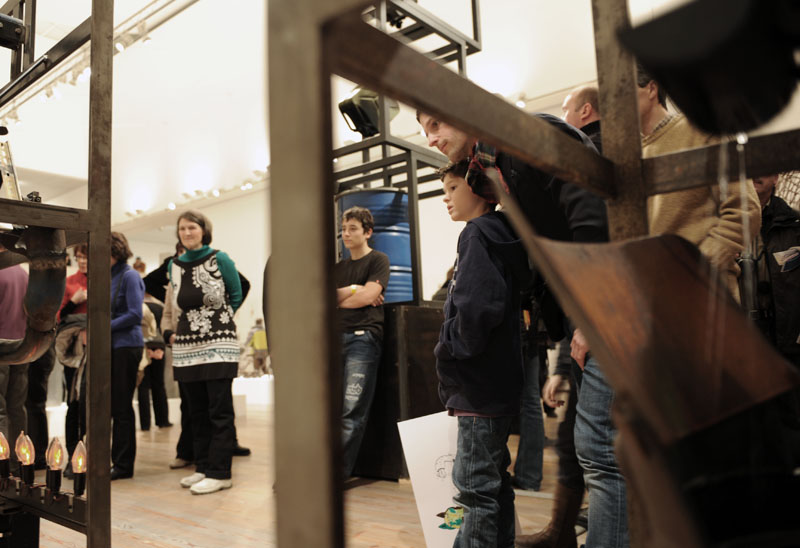 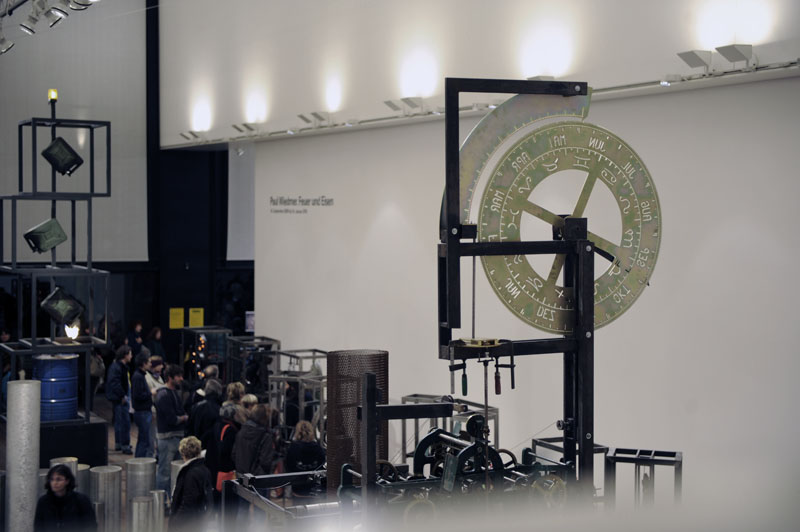 Ludwig Oechslin’s 100-day clock measures the number of days gone by. It’s now waiting to be bought by the US White House  –  ready to count down the first 100 days of the next presidency! Either that, or by some art lover who has enough room for such a monumental piece of Oechslin fantasy. 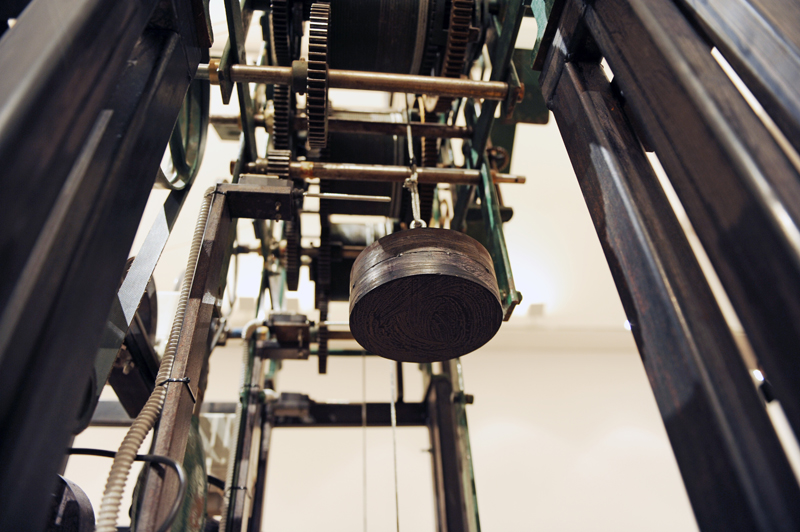 Where else would you get a clock (originally designed for a clock tower) so ingeniously and inventively assembled? 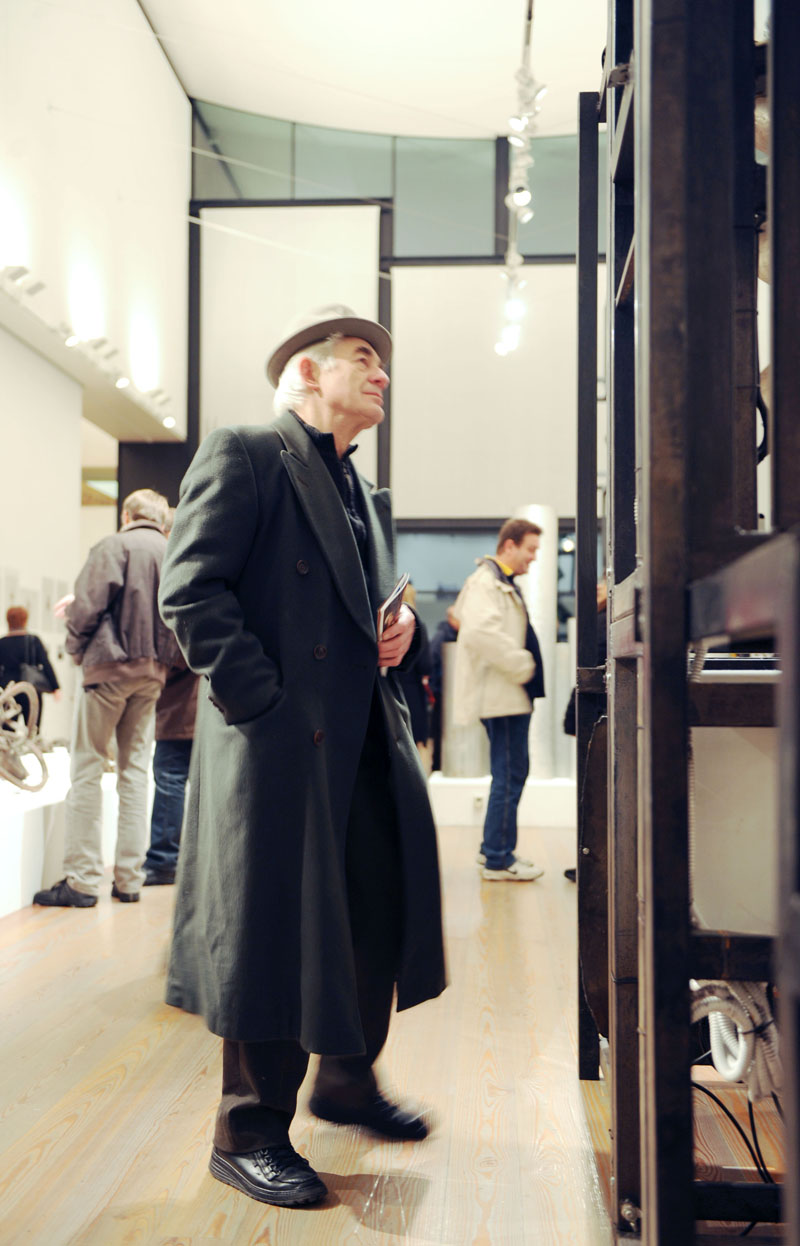 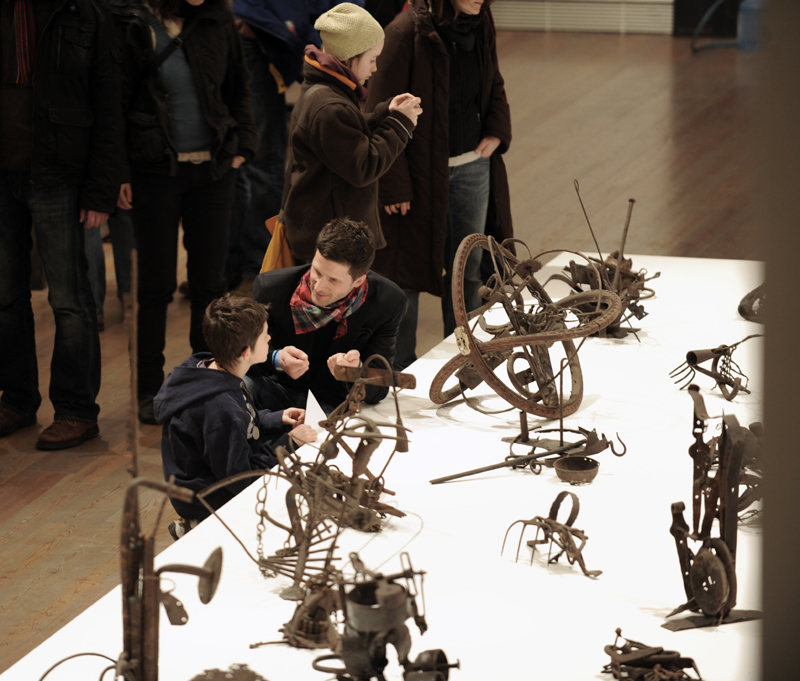 … and sculptures fashioned in iron. Even the little Porsche 356 is made from the same raw materials as everything else: Paul Wiedmer dug up the metal from fields using a metal detector and then made something. Artists find inspiration in one another  –  that’s very much the case with Wiedmer and Oechslin.