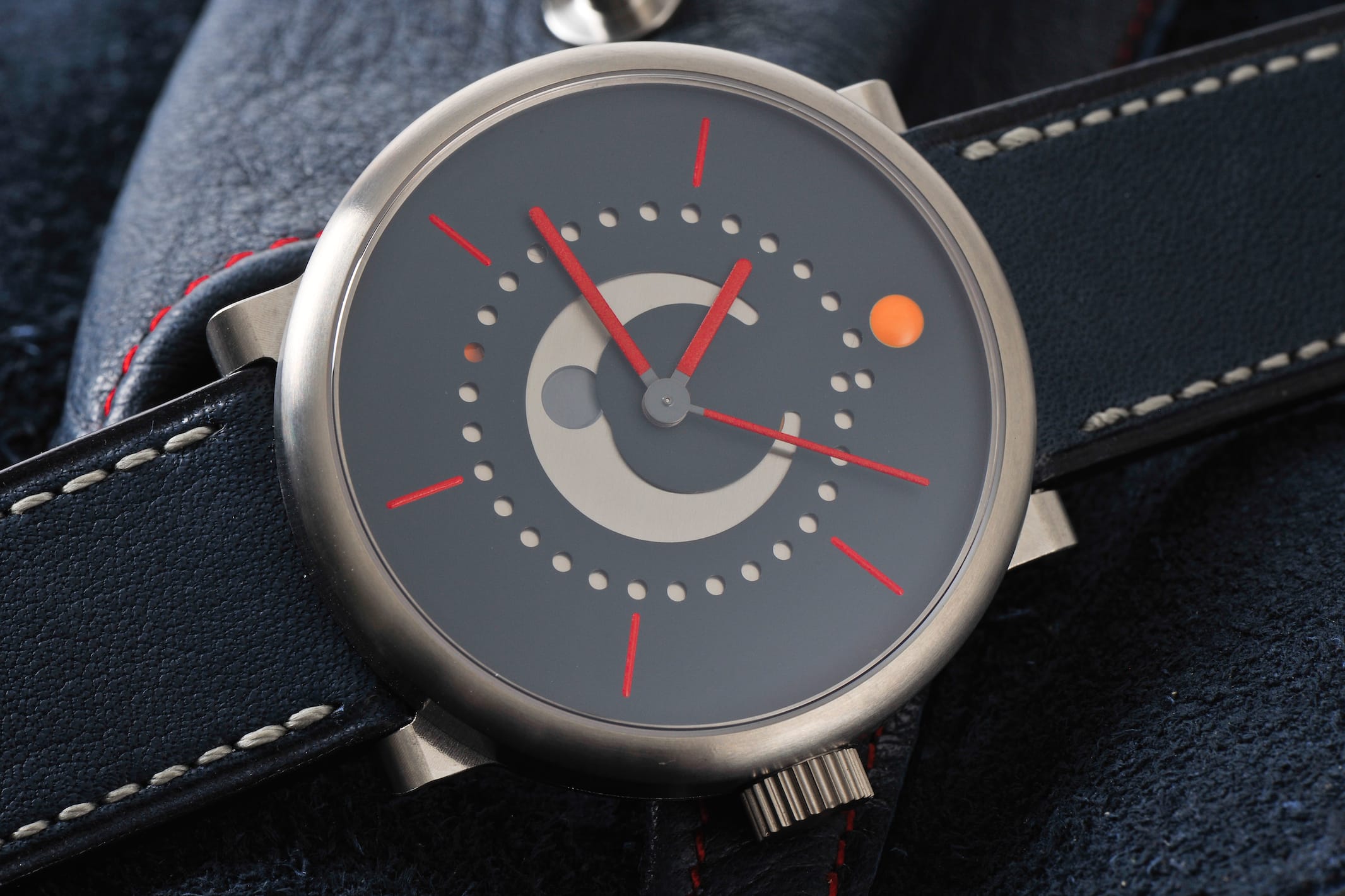 Here’s a post from New York. In earlier days it would have been a letter, conveyed by ship over the ocean and destined to reach us weeks later after an adventuresome voyage. Things have sped up: the email sent from the Apple Mac of a New York art dealer and watch devotee reached us last Sunday just moments after it was sent.

As a reflection of these times we make timeless non-retro watches, conceived, designed and developed by Ludwig Oechslin for today and for ever.

The selene in question comes in a 42mm titanium case and has a dial in a wonderful dark blue-grey with red hands and indices. The sun is an orange dot at 12 o’clock. The visible moon is now out of sight, having rotated counterclockwise beyond the ‘horizon’ of the crescent-shaped aperture  –  instead, we’re now seeing the dark new moon about to reach its zenith when it reaches the 6 o’clock position. At that point, the visible moon (the disc we can no longer see) is exactly between the sun and the Earth (the latter represented by the  fulcrum of the hands).

The selene is made to order. Delivery is between eight and ten weeks, then two days for FedEx to courier it from Lucerne to the customer  –  in this case, in New York.

The owner of the selene writes:

The watch is enchanting. I have worn it every other day for six weeks now, and I have watched the moon traverse its course each day. Comments from friends: 1.) Remarkably whimsical; 2.) Unusual and not what the ‘average bird’ wears; 3.) From a lady: ‘this is one sexy watch, and I love the lack of branding’; 4.) From another lady: ‘if you are going out with me, you MUST let me wear this watch’; 5.) From a major watch critic: ‘this is one of the better designed watches and one of the better conceptual watches I’ve seen in a couple of years’; 6.) From the head of large auction house watch department in New York: ‘The moon and its goddess is so simple yet so fascinating, I would look at this watch all day’; and 7.) A kinetic sculpture.

A big thank you from Lucerne to New York!