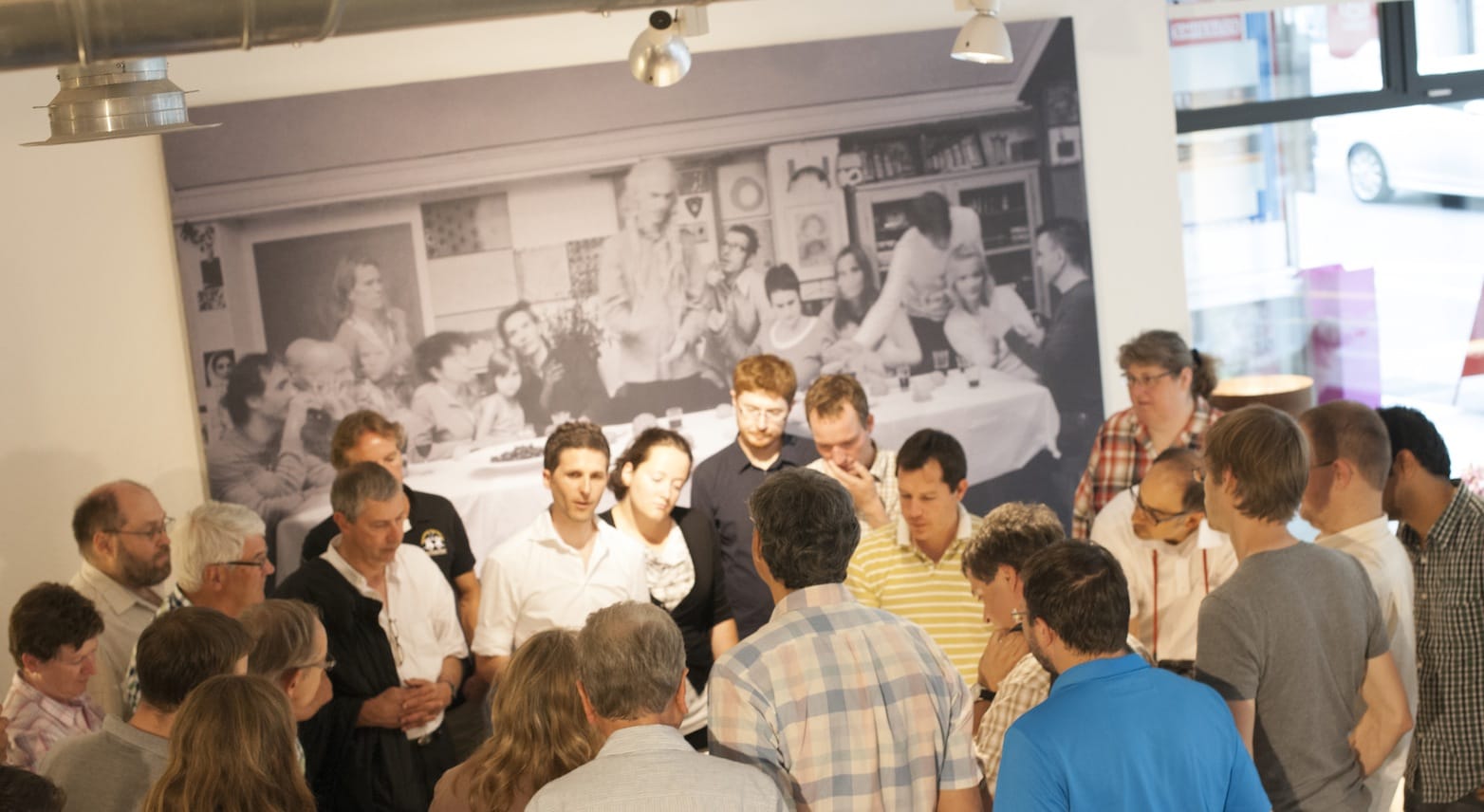 A researcher at IBM’s research lab in Zürich recently purchased an ochs und junior. He showed his new moon phase watch to his colleagues at work, and several of them decided they would like to visit Lucerne (after hours!) to learn firsthand about Ludwig Oechslin’s rigorously simple watches.

The oxloft was hopping with energy. 30 computer scientists, engineers, physicists and mathematicians poured inside to learn. The researchers at this elite IBM laboratory work on everything from supercomputers, to nanotechnology, to smartgrids. 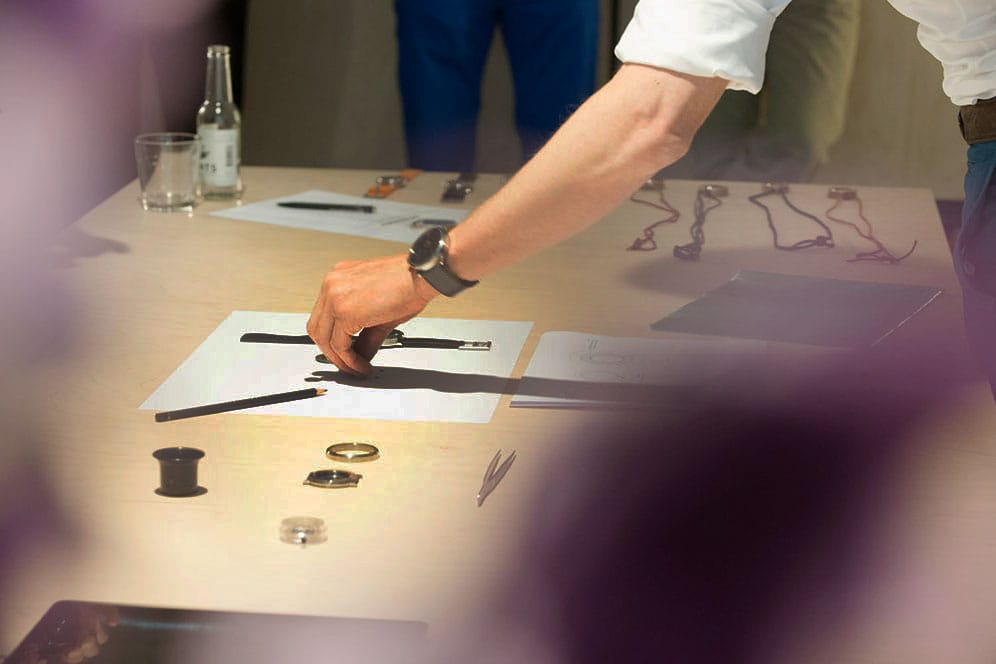 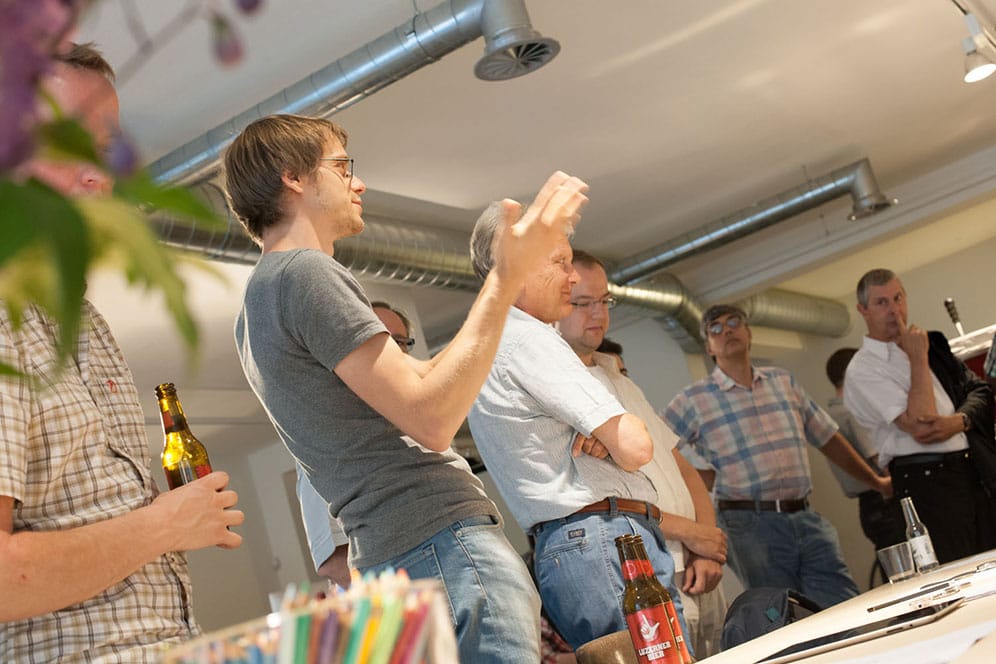 There were lots of interesting questions from the group (for example, is ochs und junior located in Lucerne because Ludwig Oechslin uses gears instead of levers and springs, and the steepest cogwheel train in the world is in Lucerne?…no…Lucerne is where Ludwig Oechslin grew up and learned watchmaking!). 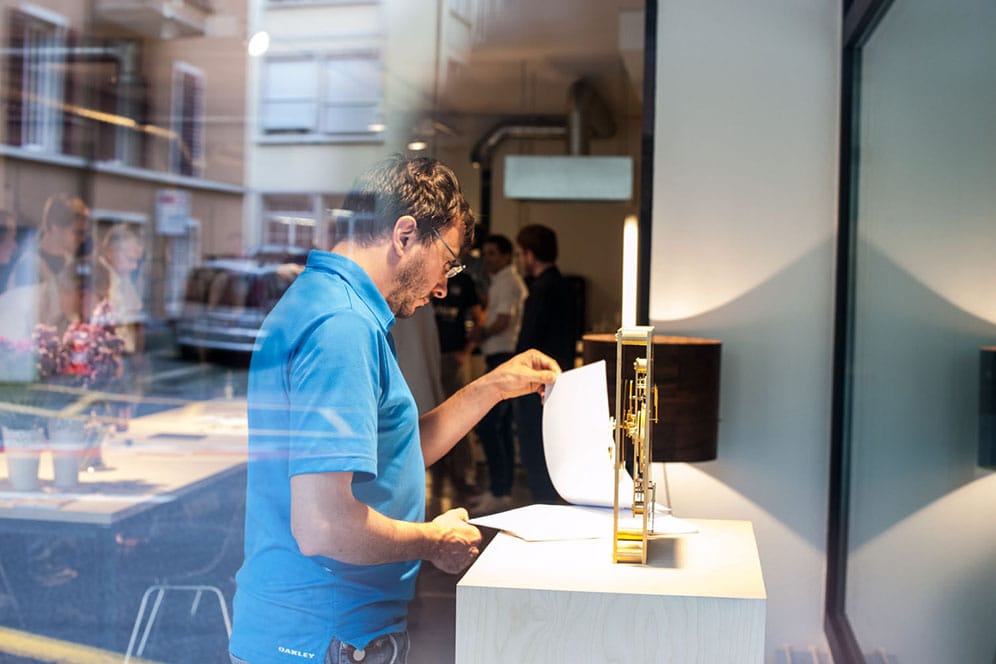 Other researchers were interested to learn about Ludwig Oechslin’s implementation of the Antikythera mechanism.

We enjoyed hosting such an innovative and intellectual group of visitors in Lucerne, and look forward to taking them up on their offer to visit their research campus in Zürich!