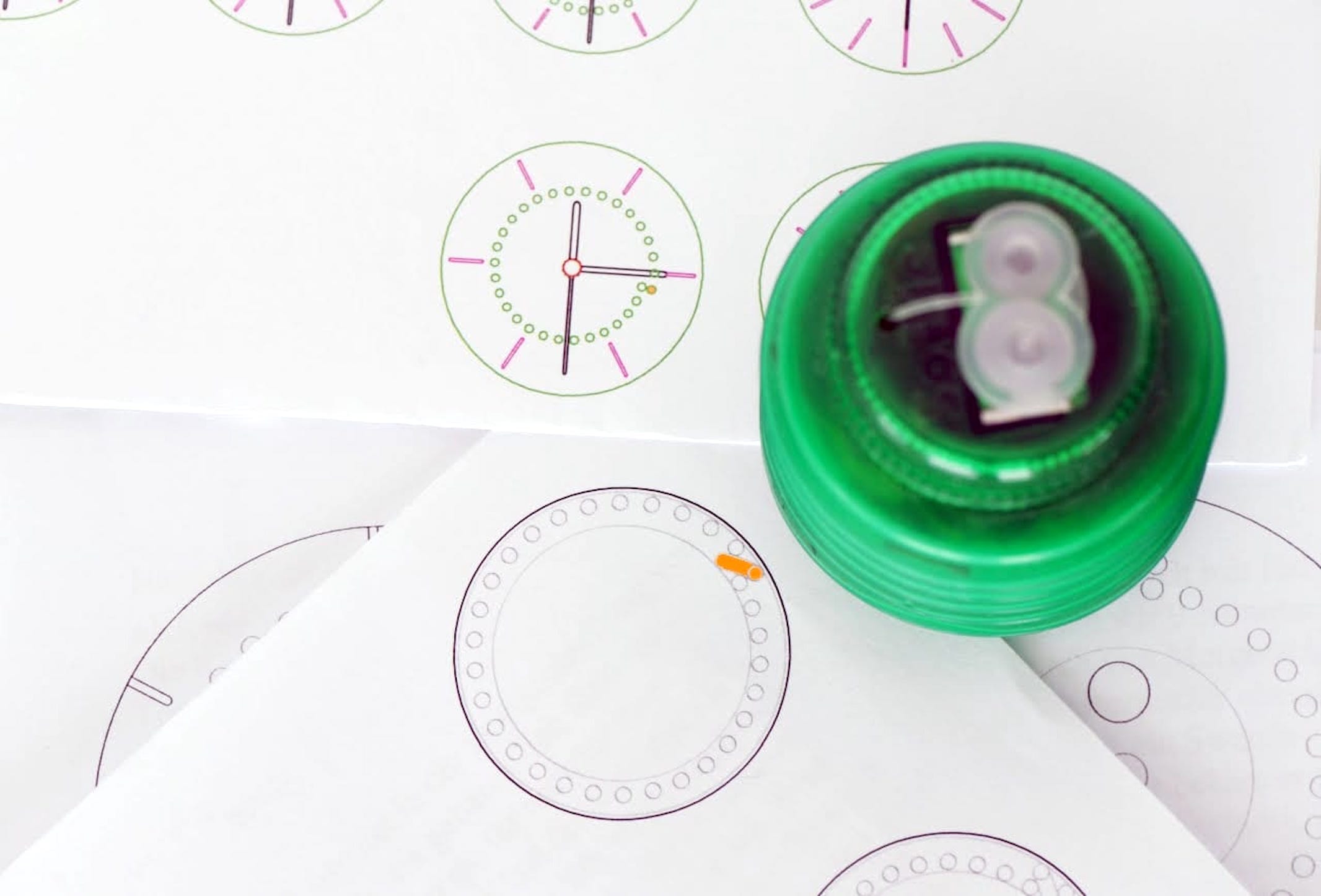 In terms of ideas, which ones are we pursuing? What options are we working on? What are our current priorities? As you can see from our lunar watches, Ludwig Oechslin is constantly working on new trains of thought and gaining new insights into his original ideas.

Bearing in mind his approach to the date display (31 apertures around the circumference of the dial), might it be possible to make those 31 days fit into 30 neat time divisions?

This would give an aperture every two minutes, and the 10 minute indices would indicate 5-day divisions. The question is what to do about the 31st of the month. Where would that aperture go? That was the question raised by an enthusiastic ochs und junior anno cinquanta owner back in January when he visited Ludwig at his workshop.

Ludwig had already been thinking long and hard about that very thing. Up to that point, however, he had been keen to maintain a certain visual consistency between the date, month and weekday indicators of the anno cinquanta and keep the number of components down to a minimum.

Ludwig loves these challenges. He responded to this particular one the way he always does: by tackling without delay! He showed me his solution five days later when we met at the SIHH in Geneva:

He had located the aperture for the 31st just above, and in line with, that of the 30th, getting from the 1st to the 31st by means of a two-dimensional helix. To get the orange-coloured dot to appear consistently throughout the 31 days, the orange marking on the date disk beneath the dial had to be, not a dot as before, but a precisely defined and executed angled line. He had to work on achieving the right angle and proportions  –  and identifying the right idea, of course! Ludwig, as usual, managed to apply his guiding principles of ‘iit’ (intelligence, innovation, tradition) in a way that is technically straightforward; the challenge lay in making the concept look right on the dial. He’ll soon be applying the practical idea to his other timepieces…