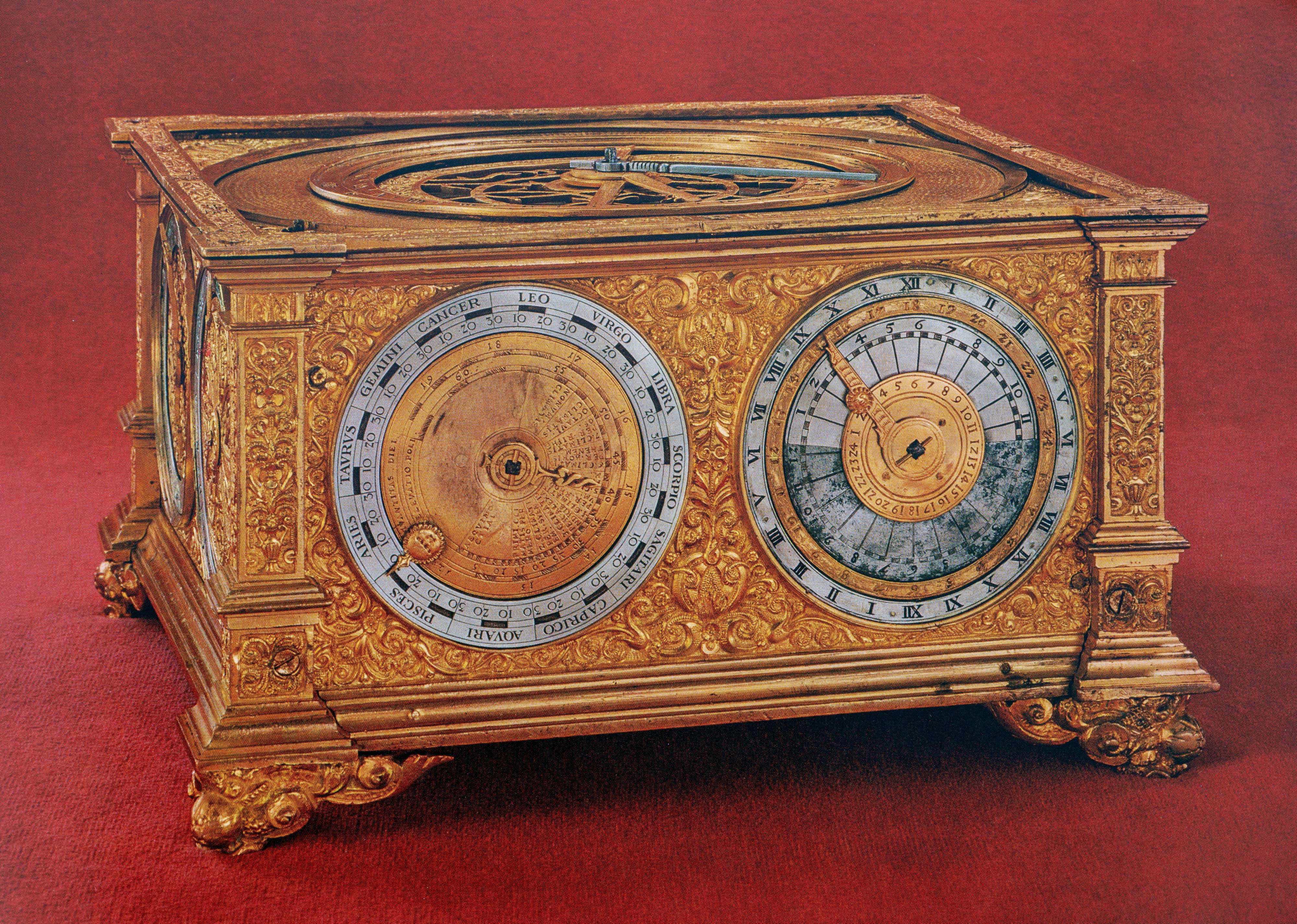 sunrise and sunset have been displayed on clocks since the renaissance, albeit on the basis of very different constructions.

the day/night watch shows the sun rise and set in relation to the horizon at a given location on the globe. around the dial with its hour and minute hands, there is a bi-colored hoop which marks this horizon. the sun circles over this hoop, travelling once around the dial every 24 hours. at 2400 or 0000, the sun is is at 0600 and at noon, it is at 1200. the transitions from day to night on the horizon (and the other way round) can be seen at the horizontal close to 0900 (night to day) and 0300 (day to night). the night part on the bottom (below the horizon) is in dark color, and the day part on the top (everything visible above the horizon) is in a light color. depending on the season and the latitude on the globe, the day-night transitions move upwards or downwards from their horizontal middle position. in summer, when the days are longer on the northern half of the globe, they deviate downwards and in winter, when the days are shorter, upwards. the further away to the north one is from the equator, the greater is the difference between the longest and the shortest day within one year. at the equinox at the beginning of spring and the beginning of autumn on the other hand, the transitions from day to night and vice versa are horizontally at 0900 or 0300 respectively.

like the sun, the moon also circles the dial above the day-night hoop. it is a little slower than the sun, which catches up with it again after approximately 29.5 days. when the moon is at the same position as the sun, it is new moon, when it is opposite the sun, it is full moon. corresponding to the continually changing position of the moon in relation to the sun and to the horizon, it can be located in the sky with the watch. however, the moon rise and set do not always precisely correspond with the display of the horizon for the sun, since its path through the sky is tilted in relation to that of the sun so that its position in the sky is occasionally at some distance from the sun’s path, and is sometimes above the sun, sometimes below it.

the sun and the moon move at a median time. in relation to the time that applies in a certain time zone, the sun can be set for the median local time at the corresponding location. using the pusher by 0600, or midnight, the sun can be stopped, while the watch hands are set to account for the difference between the local time and the time zone’s median time in relation to the sun. afterwards, the watch can be set to the normal time again. the same procedure is used to account for the switch between winter and summer time.

as it is assembled, the watch is preset for a certain location (latitude) on the globe. adjusting it to a new location is possible and requires switching one part.

the day-night watch is conceived to impart an intuitive feeling of how much time remains of a day or a night until dusk or dawn by displaying the position of the sun in the sky above or below the horizon.