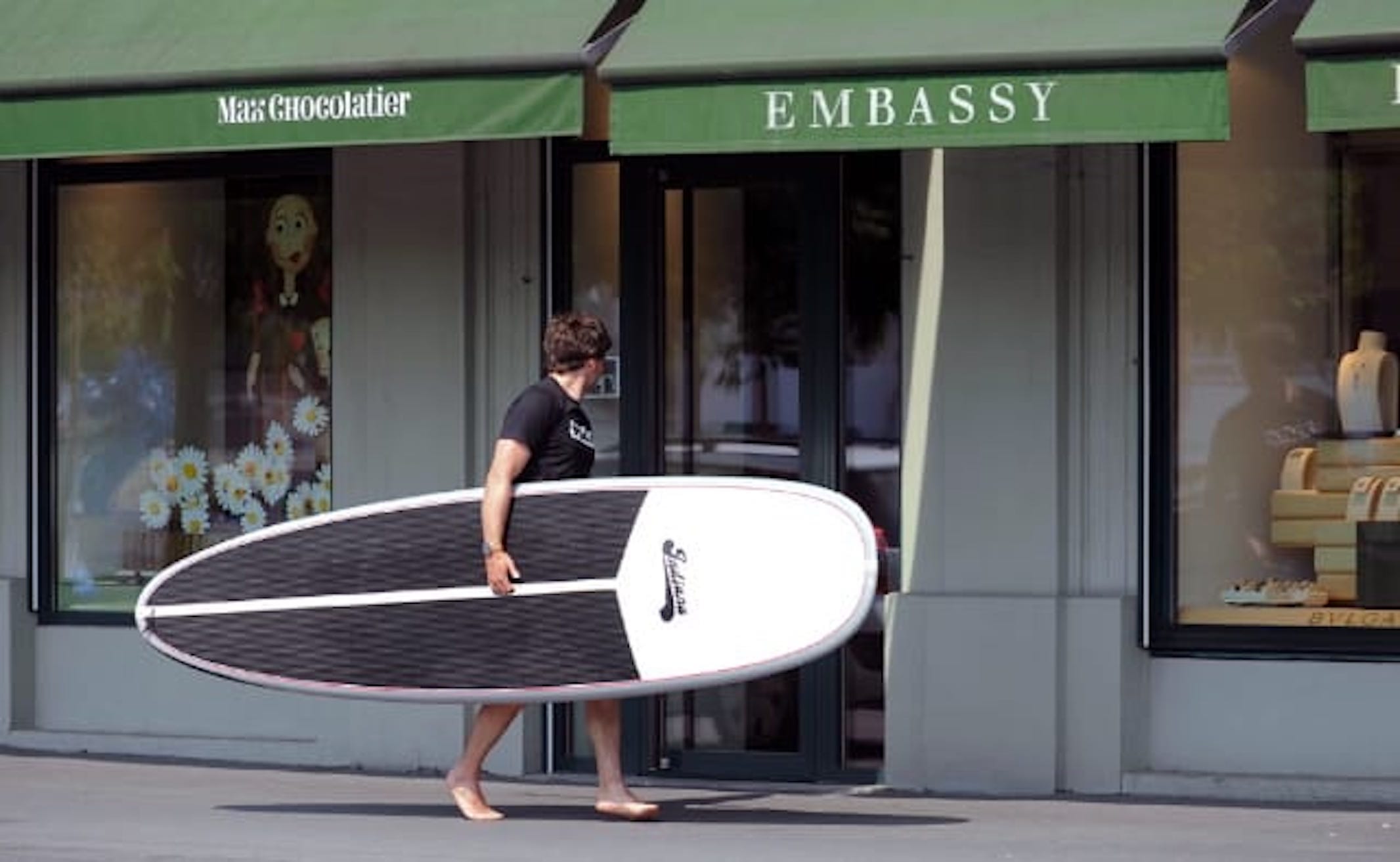 How do you get from Mollis in Switzerland’s Canton Glarus to Basel? By train, car, or maybe even bike… Thomas Oschwald has thought up a somewhat more original way. Via waterways. And because there’s no direct water link between Mollis and Basel, he’s taking a detour – via the Atlantic! 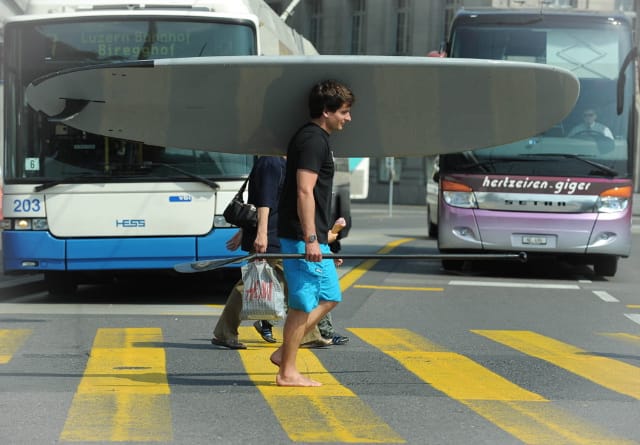 To be precise, his goal is not Basel but a perfect wave on the wild French Atlantic coast. And to make sure he’s earned it, Thomas is setting off early in June from where he lives near Glarus and paddling along rivers, canals and shorelines in a westerly direction. All standing on his SUP board (stand-up paddling board). 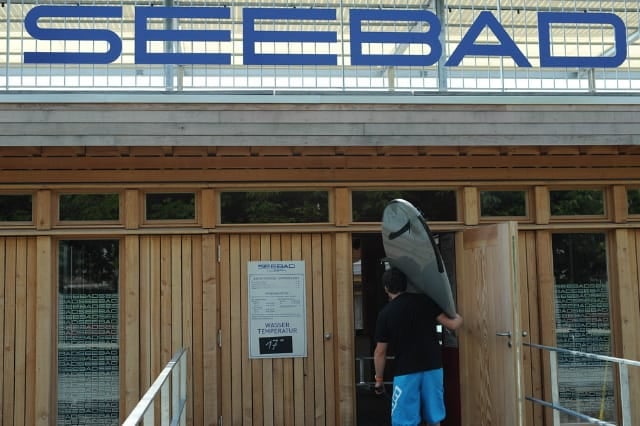 To start with, the idea was to “only” to paddle to the Atlantic, but then we saw the atmospheric pictures of his winter training on Lake Klöntal. We were intrigued by his idea of a solo adventure without a lot of money, and starting from his front door.

Sponsorship from a watch company? Surely not! That wouldn’t be ochs und junior! But he is taking one of our watches with him. Just that. A small chapter in a long story. 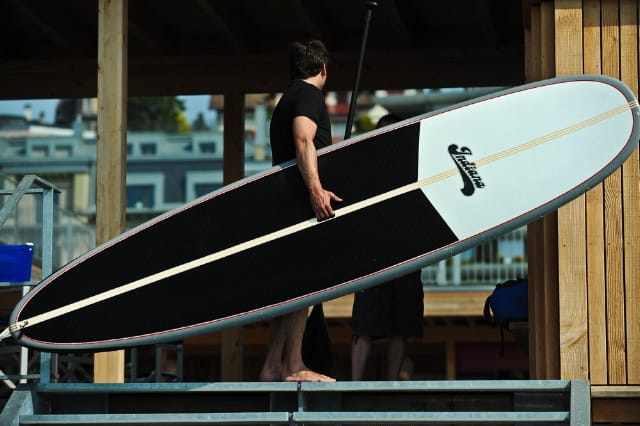 The watch Thomas is taking on his epic trip (featuring up to ten hours a day of stand-up paddling) is the ochs und junior selene Tinta. It should help keep him motivated during the endeavor. 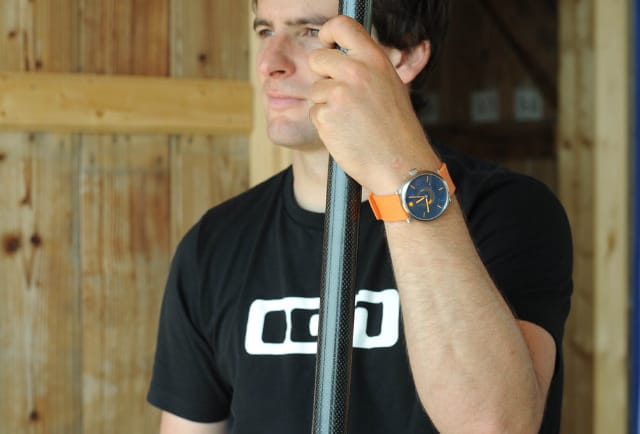 To start with, the idea was to paddle to the Atlantic – but the watch extended the venture!

He’s now decided to continue the trip clockwise back to Switzerland! Mollis, Zurich, Geneva, Bordeaux, the Atlantic coast northwards, the English Channel eastwards, Rotterdam, south up the Rhine – to Basel. 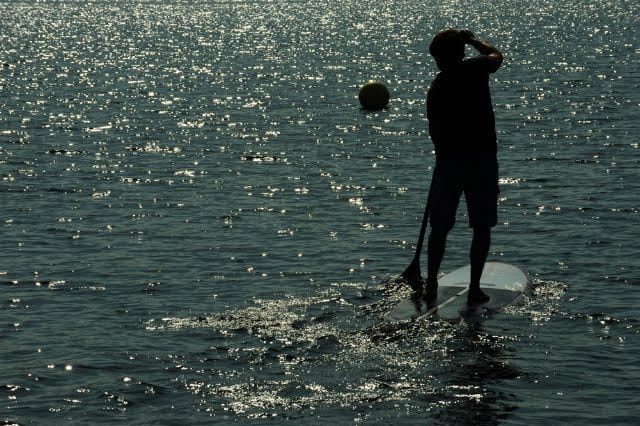 The whole venture is around 5000 km in length!!! It can only be described in superlatives – rather like the selene…

And because the moon exerts an immense influence on the Atlantic’s tides, it makes sense to have a moonphase watch to keep an eye on mood swings, too. 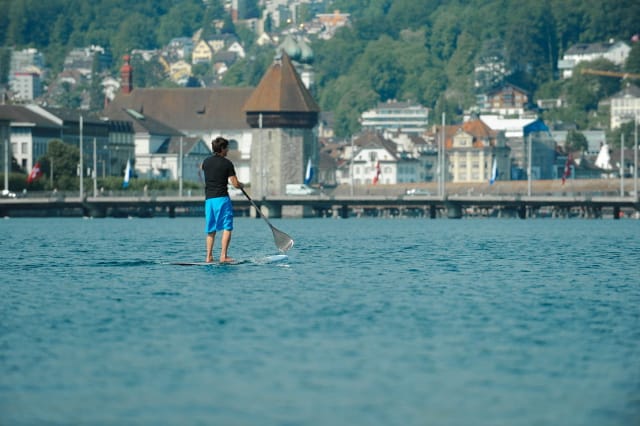 The watch won’t receive any special waterproofing measures – just an engraving on the back. Thomas will report on his experience with the selene via Facebook, even if something goes wrong with it. That’s because we don’t want future owners or their watches to have to go through what Thomas is about to do… 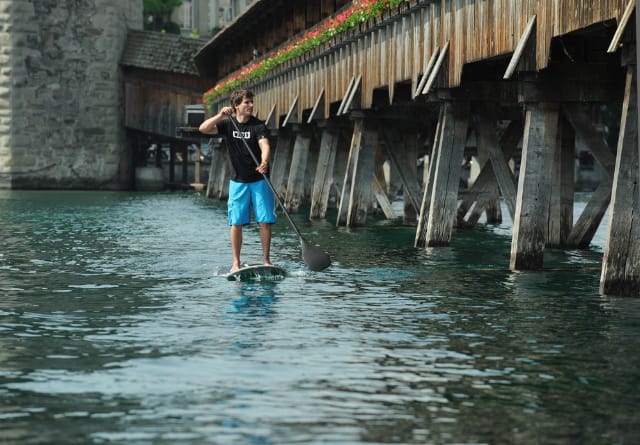 The plan is for the venture to kick off on June 2! Thomas would be very pleased to receive help and encouragement on his trip to the Atlantic and back. So if you see someone paddling on an SUP board in Switzerland, France, Holland or Germany, call out his name, shout the traditional “Hopp Thomas” – and that’s another kilometre made a little easier… 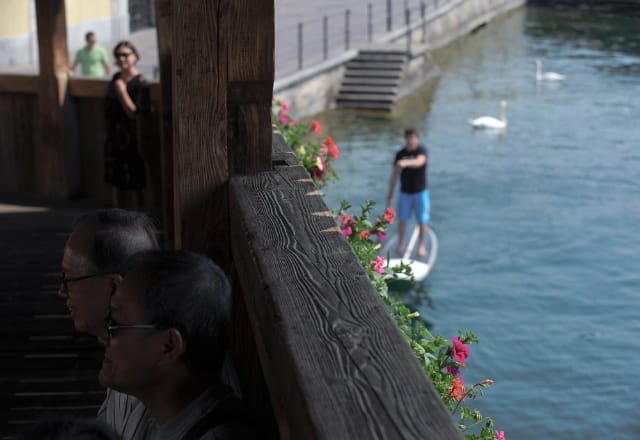 (Thomas’s training in Lucerne was captured by the camera of Bea Weinmann.)